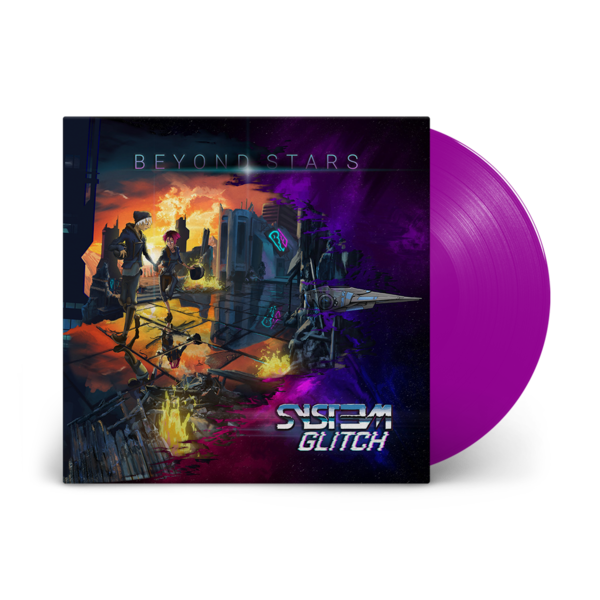 Syst3m Glitch is Bobby Vickery, an American Vocalist, Producer and Remixologist from Daytona Beach. He has spent his last 20 years as a producer, engineer and session player for several studios in Central Florida. His highest honor was serving at KDS studios, home at that time to Christina Aguilera and R Kelly. He came to the synthwave scene via Sonic Academy's Michael Oakley “Control” Remix contest, where he secured a win with his first track in the genre. During a recent interview with Riverside Radio in London, he shared, “I guess being an 80's baby and having that style of music etched into me at an early age just flipped a switch I didn't know I had when I found synthwave.”

In under just a year's time, we can confirm the switch has definitely been flipped, as he has gone on to win the title of “Best Newcomer” from the Forever Synth radio show and podcast. 100% of his released material to-date has found its way into radio shows, Twitch livestreams, or noteworthy YouTube mixes. Syst3m Glitch tells his first personal story through his full-length album, entitled Beyond Stars.

Bobby describes the album as 'a story we can all relate to and tell in our own words.'

“We are all running from something. This pandemic has forever changed the way we look at the sanctity of life and the freedoms we enjoy. When either one of those things gets threatened or stripped away without warning, we find out what we are truly made of. How strong do we prove ourselves to be when we have to pay the ultimate price for the ones we love? Everyone can tell this story, but I chose to tell it from outer space. Beyond Stars is a powerful story of fear, loss, bravery, and a love that refuses to give up. The journey unfolds as our two lovers sacrifice everything but each other to begin again somewhere Beyond Stars”