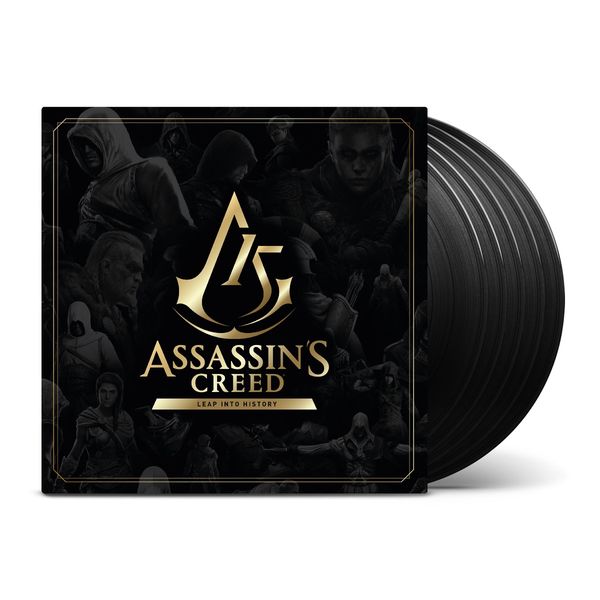 Assassin’s Creed launched in 2007, introducing the world to Altaïr, the Assassin Brotherhood, the Templar Order, and the Pieces of Eden; and kicking off a franchise that would go on to sell over 155 million copies.

Listeners will be taken on a truly epic chronological journey through the series’ historical timeline — starting in antiquity with Assassin’s Creed Odyssey and ending in the modern era with Assassin’s Creed Syndicate. Each vinyl side includes music from one of the mainline games (Ezio sequels Brotherhood and Revelations share a side, as do Unity and Rogue.)

A carefully curated selection of 70 tracks have been specially mastered for vinyl and will be pressed onto heavyweight LPs. These slip into printed inner sleeves, all of which fits snugly into a rigid board slipcase adorned with gold foil.

All the composers and musicians that have touched Assassin’s Creed have faced the challenge of enrapturing action-adventure gamers while encapsulating momentous periods of human history. Jesper Kyd — the architect of the series’ musical moodscape — inadvertently created an iconic sonic signature with “Ezio's Family” from Assassin’s Creed II, an emotive piece about loss and struggle in Renaissance Florence.