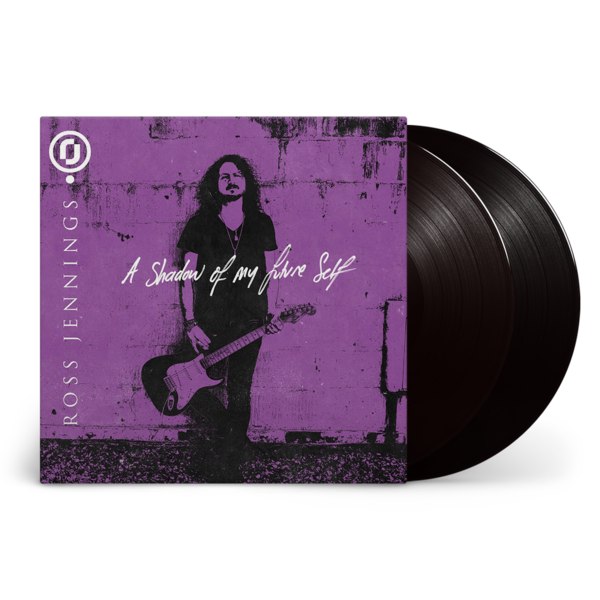 A Shadow Of My Future Self: Black Vinyl 2LP

As current lead vocalist and co-songwriter of the hugely successful modern progressive metal band HAKEN, ROSS JENNINGS needs no introduction in some circles, having released 1 ep, 1 Live album and 6 full length studio albums of consistently high quality with the band, HAKEN have been climbing that mountain with grace and gusto, albeit on the fringe of mainstream rock and metal. In 2019 HAKEN won ‘Best UK Artist’ at the annual PROG awards, with their latest release ‘Virus’ reaching #2 in the UK rock charts and entering the US Billboard Hot 100 at #52.

On the back of this release ROSS JENNINGS set out to write, record and self-produce his debut solo effort ‘A SHADOW OF MY FUTURE SELF’ with an ambition to become a new household name and keep mainstream classic rock alive and well.

ROSS JENNINGS’ undeniable appeal is his uniquely soothing yet versatile voice and captivating lyricism that has won the hearts of many and the minds of those who dare to unravel the layers of poetry and cryptic narratives.

Never one to shy away from his influences, ROSS JENNINGS has openly disclosed his love for American AOR and mainstream ‘90s MTV’ arena rock, his passion for modern Indie/pop such as Coldplay, U2 & R.E.M., and even his affinity with the Nashville Country music scene. Ross’s influences and tastes are vast, coupled with a strong desire to have an outlet to expand his songwriting away from Prog-metal and into these arenas, A SHADOW OF MY FUTURE SELF finds Ross on a musical journey his fans have not heard him explore professionally before, writing very personal songs in what can only be described as a love letter to the aforementioned popular genres that were the foundation to Ross’s musical inspiration. This album in question starts on the fringe of a country road, navigates indie pop, anthemic rock, power ballads and culminates in some epic prog.

Ross has the following to say about the project: “Despite my history, I rarely regard myself as a metal singer, so I was in desperate need to scratch a long time itch and make a record that appeals to the broader spectrum of my musical palette. With A SHADOW OF MY FUTURE SELF, I unashamedly wear my influences on my sleeve but this is the kind of music I always imagined I’d be making before I took the path less travelled into prog metal… Needless to say, this is somewhat more accessible and radio friendly stuff!”