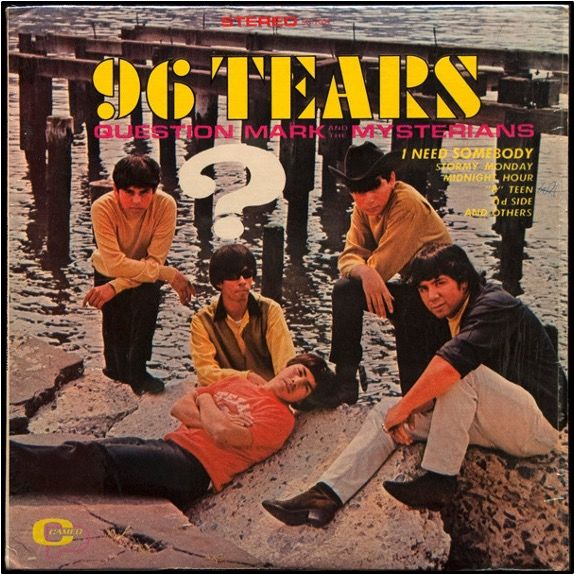 Formed in the Bay City/Saginaw area of Michigan in 1962 by Mexican-American children of migrant farm workers, the band gained popularity with the addition of drummer Robert Martinez’s brother Rudy, aka Question Mark, as lead vocalist. The eccentric Question Mark (often stylized as ‘?’) has claimed to have been born on Mars and lived among dinosaurs in a past life.

The band’s debut single “96 Tears”, with its distinctive organ line played by Mysterians’ keyboardist “Little” Frank Rodriguez, was originally released on Pa-Go-Go Records in 1966, but quickly reissued by the more established Philadelphia-based label Cameo-Parkway Records. The raw-yet-infectious song swept the airwaves, hitting #1 on the Billboard Hot 100 on October 29, 1966, beating out The Monkees, Four Tops, The Rolling Stones, Elvis Presley, Dionne Warwick, Sonny & Cher, The Beach Boys and many more established acts. ? and The Mysterians’ debut album, also titled 96 Tears, followed in October ’66 just as the single was crossing the one million sales mark. The LP, filled out with ten more originals — including the Top 40 hit “I Need Somebody” — plus a version of T-Bone Walker’s “Stormy Monday,” peaked at #66.

‘96 Tears’ IS one of the greatest rock ‘n’ roll songs in the history of the genre,” said Bill Holdship of Detroit Metro Times in 2009. “In fact it may be the greatest.” In a May 1971 issue of Creem magazine, Dave Marsh referred to a ? (Question Mark) and The Mysterians reunion as “a landmark exposition of punk-rock,” one of the very first times the genre was applied to a band. Not only did they influence others within punk, but they have also had a profound impact on music writ large. “96 Tears” alone has been covered by a diverse range of artists, including Iggy Pop, Suicide, The Modern Lovers, Todd Rundgren’s Utopia, Sir Douglas Quintet, Tom Tom Club, Primal Scream, Big Maybelle, Jimmy Ruffin and Aretha Franklin.

More products from ? And The Mysterians 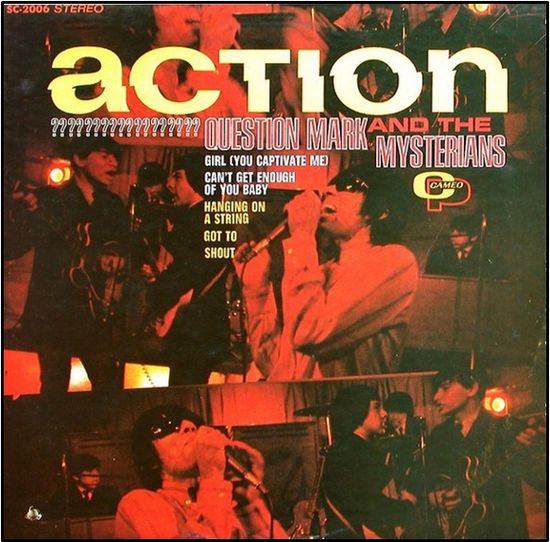 ? And The Mysterians
Action: Vinyl LP
Vinyl LP
US$33.99
In Stock