Pantera’s 9th and final studio album turns 20 this year and is celebrated with this 2LP set, pressed onto 180g audiophile silver vinyl, featuring the new Terry Date mix on one album, plus eight rare bonus tracks making their vinyl debut on the other. Pantera’s final opus, Reinventing The Steel, represented a recommitment to everything the band loved about heavy metal. Released in 2000 at the peak of nu-metal’s popularity, the album’s back-to-basics approach flew in the face of the trend and served as a potent reminder of the enduring power of primal metal. The album received widespread critical acclaim as well as high praise from fans, who voted the album as Album of The Year 2000 as well as voting the single “Revolution is My Name” Single of The Year 2000. The album also ranked No.2 on Guitar World’s readers’ poll for Top 10 Guitar Albums of 2000. LP1: New Terry Date Mix Side One 1. “Hellbound” 2. “Goddamn Electric” 3. “Yesterday Don’t Mean Shit” 4. “You’ve Got To Belong To It” 5. “Revolution Is My Name” Side Two 1. “Death Rattle” 2. “We’ll Grind That Axe For A Long Time” 3. “Uplift” 4. “It Makes Them Disappear” 5. “I’ll Cast A Shadow” LP2: Bonus Tracks Side One 1. “Avoid The Light” 2. “Immortally Insane” 3. “Cat Scratch Fever” 4. “Hole In The Sky” Side Two 1. “Electric Funeral” 2. “Goddamn Electric” – Radio Mix 3. “Revolution Is My Name” – Radio Edit 4. “I’ll Cast A Shadow” – Radio Edit 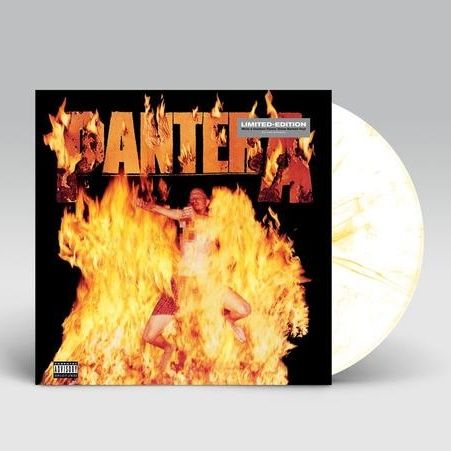