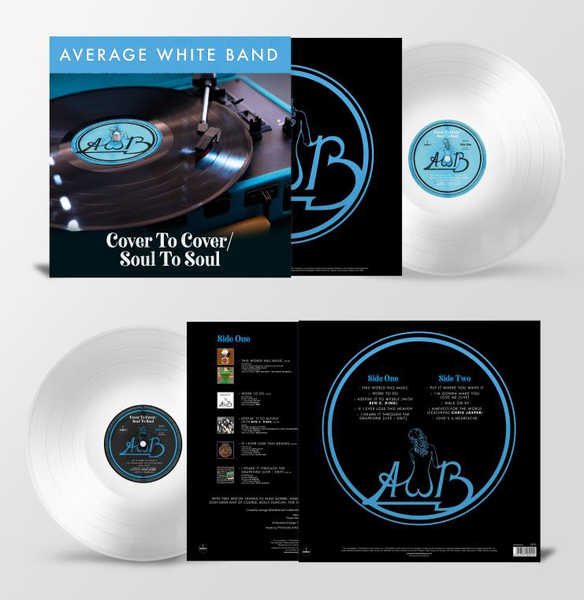 Widely and rightly regarded as one of the best ever soul and funk bands, the now legendary Average White Band tore up the rule book and conquered the US, UK & International charts with a series of soul and disco hits between 1974 and 1980.

AWB’s repertoire has been a source of inspiration and influence for many R&B acts and they are one of the most sampled bands in history, remaining relevant today, continuing to reach new generations of younger audiences.

‘Cover To Cover/Soul To Soul’, is a collection showcasing their take on classic recordings, both Soul and otherwise and demonstrates why they were totally embraced as an authentic R&B band in the USA.

‘Cover To Cover....’ also includes for the first time on vinyl, their 2017 recording of The Isley Brothers ‘Harvest For The World’, which was produced by and features Chris JasperAverage White Band remain highly influential and this collection, shows why they have remained so powerfully important.