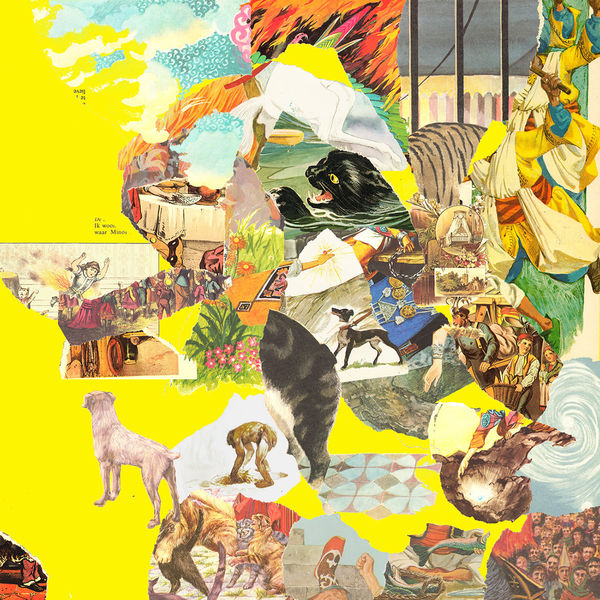 The Big Exercise', the second album by Dutch band The Homesick, and their first for Sub Pop, finds the group keenly second-guessing their core chemistry as a live unit, imbuing their angular post-punk workouts with baroque elements such as piano, acoustic guitar, percussion, and even clarinet.

“It’s the opposite of trying to translate recorded music to the stage,” guitarist Elias Elgersma comments.“We were already playing these songs live for quite some time, so for this album, we wanted to unlock the potential of these songs further in the studio.” Opening track “What’s In Store” was in part inspired by bassist Jaap Van der Velde’s unprompted deep dive into the world of national anthems, making his own attempt to conjure a similarly timeless melody. The song seamlessly bleeds into the chivalrous prance of “Children’s Day” and the fragmented “Pawing,” righteously encouraging Erik Woudwijk’s nimble, cerebral drumming to become the band’s driving force.

The headstrong wanderlust of The Big Exercise is fitting, given The Homesick’s exodus as a small-town Dutch band ready to trot the world. Contrary to the quest for belonging, roots, and provenance found on their debut album, Youth Hunt, the band’s creative trajectory is now dictated by a sense of otherness and imagination. The sharp contrasts are ever-present; the music’s new sonorous depth is underpinned by wry meditations on family ties, alternate realities, and commonplace encounters.

As the band’s chief lyricists, Elgersma and Van der Velde deliberately keep each other in the dark, allowing the syntax of words and music to entangle in surprising – sometimes delightfully absurd – ways. “I Celebrate My Fantasy,” for example, summons a mirage of creeping pianos, sylvan clarinet flourishes and cartoonish sprawls with mock-paranoia, as Elgersma documents a macabre vision he had during a mild case of sleep paralysis.

True to the band’s method of holding the more mundane, fleeting moments under a magnifying glass, closing track “Male Bonding” pulls a wide range of movements out of the top hat: the album’s rare heavy burst is promptly mediated by almost medieval-sounding prog rock-flirtations.

The Homesick have made a record impregnated with impressions that still fit neatly under the pop umbrella. The album title’s nod to Scott Walker - “the big exercise” is a phrase pulled from a passage in Walker’s biography, Deep Shade of Blue - isn’t an aberration either: straddling pop sonority and the cacophonous fringes is something well worth aspiring.