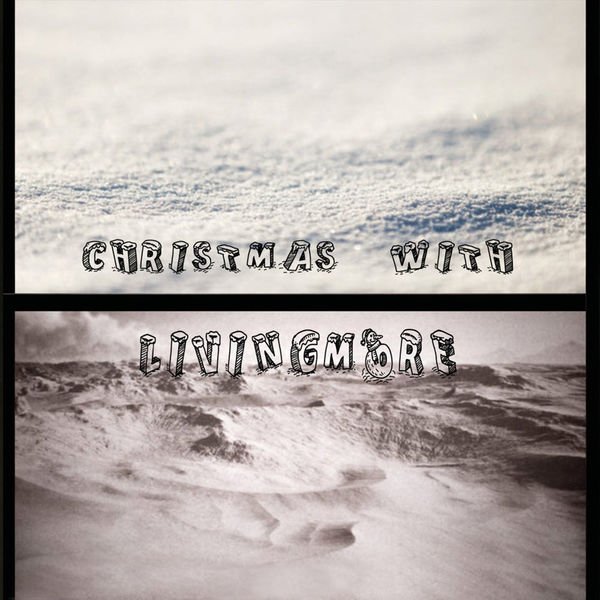 Los Angeles rock band Livingmore’s Christmas single is one in a tradition of American Christmas 45’s that started in 1949, 70 years ago, when the first Christmas 45’s were released. ‘Show Me Light and Love’, the A-side of their single released as part of the 7th edition of the Snowflakes Christmas Singles Club, was written by lead guitarist Spencer Livingstone and singer Alex Moore. According to Alex, the lyrics were inspired by ‘my grandmother and all the ladies out there taking care of Christmas’, who are keeping that part of the Christmas tradition alive. The song is a catchy rocker, carried by Alex’s crystal clear vocals and great guitar work by Spencer, and, of course, sleigh bells. For the flipside, the group recorded an acoustic version of one of the greatest American seasonal songs of all time, ‘Winter Wonderland’. Livingmore, with Alex and Spencer sharing the vocals, adds another great version to the many versions that exist of this song that was written 85 years ago by Felix Bernard and Richard B. Smith.

Livingmore was formed in Los Angeles by singer/songwriter's Spencer Livingston and Alex Moore, after they met through mutual friends in 2014. Alex and Spencer, who are responsible for all the songs of the band, were then joined by drummer Mike Schadel and, since 2017, bassist Rodrigo Moreno. In 2017, Livingmore had an indie hit with their single ‘Really Mean It’, and in 2018 released it on a 7” for the bands appearance on South By Southwest. The band released their debut album ‘Ok To Land’ on Nomad Eel Records last year and followed it up with 3-song 7” ‘It’s All Happening’ in December 2018. With influences as diverse as Garbage, The Kinks, Belle And Sebastian and Roy Orbison, Livingmore have been described as a mixture between Blondie and The Everly Brothers.