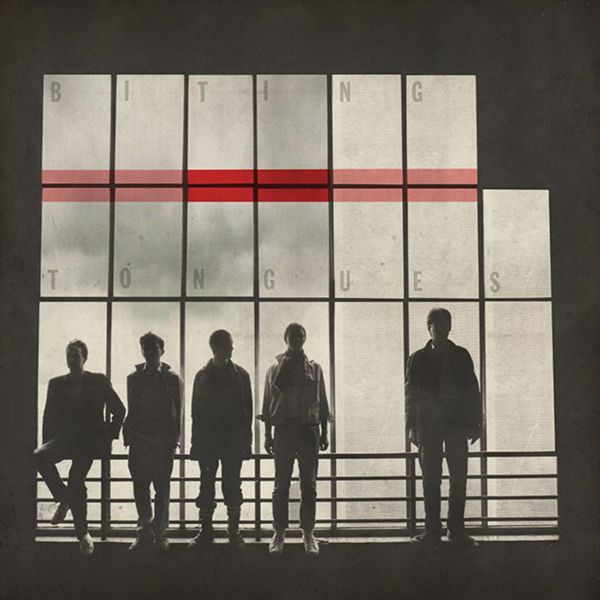 From the same studio that brought us 48 Chairs (Gerry & The Holograms), The Fall and The Blue Orchids, while following the bonafide bloodline between Danny And The Dressmakers, Toolshed and 808 State, the ‘difficult second album’ by Biting Tongues (released on a minuscule cassette run by The Buzzcocks’ vanity label) has since become a near mythical artefact of Mancunian DIY.

Including what the original members of this pioneering post-punk platoon unanimously consider their greatest work, Biting Tongues’ seldom-heard, second roll of the dice was presented to The Buzzcock’s own label New Hormones to coincide with full-length DIY debuts by Ludus, Dislocation Dance and a distinct tightening of purse strings. Recorded on half-price studio time (in the midst of a multitrack repair session) and duped on to compact cassettes to keep pressing costs down, the album ‘Live It’ even entirely bypassed the non-existent art-department before landing in the hands of a small readership of peculiar punk die-hards, instantly slipping into obscurity, evading official band future discographies and reaching an imaginary status in the history of unchartered Manc-manufactured messthetics.

Now available on vinyl and digital download album, with extensive notes from Graham Massey and Ken Hollings,‘Live It’ is a welcome misplaced release and an essential addition to Finders Keepers’ Cache Cache catalogue.