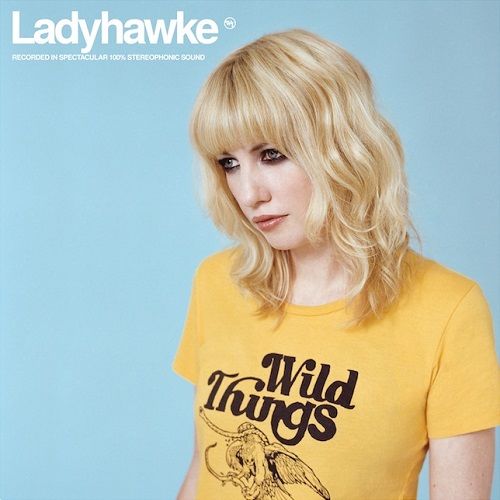 Ladyhawke aka Pip Brown will release her third album 'Wild Things' on June 3rd 2016 via her own independent label, Mid Century Records. So far, focus tracks released to radio and online, including singles “Sweet Fascination”, “Dangerous” and “A Love Song”, all accompanied by a series of high quality video content via press exclusives and her own Youtube channel. It's a glorious return to form for the one-woman synth-pop outfit whose self titled debut 2008 album peaked at No. 16 on the U.K. album charts and No. 1 in Australia and New Zealand's album charts.

It's been five years since Ladyhawke's more aurally angular follow-up, 'Anxiety', which yielded the stand-out, synch-friendly single, “Blue Eyes”. Her first album's joyous, '80s-electrified breakout singles, “Paris Is Burning” and “My Delirium”, which vaulted up New Zealand's and Australia's Top 10 singles chart, going platinum in Australia and hit No. 33 in the U.K.

“People wonder why there's always a massive gap between my albums,” says Brown, “The reason is both complicated and easy. The simple explanation: I've never released anything I'm not proud of. That's important to me.” Brown's conviction to authenticity led her on this third album journey, which started back in 2013. She scrapped a full album's worth of material before taking around a year to craft the blissed-out 'Wild Things' with producer Tommy English (Børns, Tiësto, Dark Waves), whom she met through her L.A. neighbor, tattoo artist/musician Kat Von D.