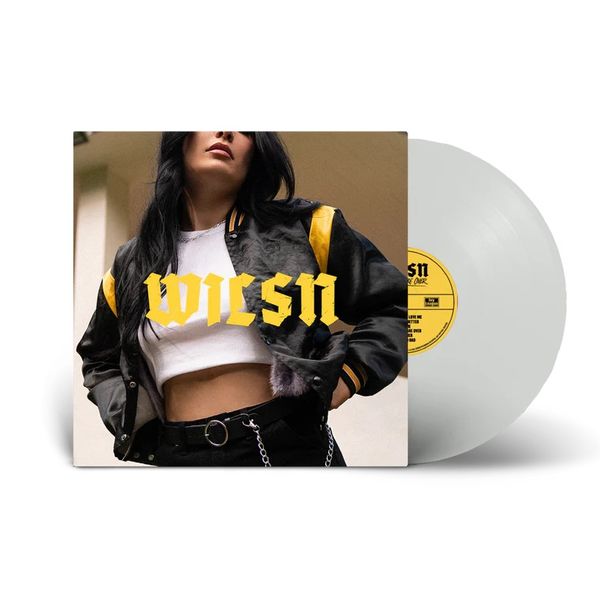 Those Days Are Over: Clear Vinyl LP

Vocal powerhouse WILSN releases her debut album, Those Days Are Over, Fri Feb 3! A fusion of modern soul, pop, jazz and Motown, together with production that is simultaneously nostalgic and contemporary, Those Days Are Over has all the hallmarks of an instant classic.

The influence of soul and powerhouse vocal divas loom large over her debut album, with songs like ‘Tell Me’, ‘If You Wanna Love Me’ and ‘Hurts So Bad’ oozing with the sound, the feel and all the emotion of classic soul. The result is a masterful work, at once timeless and of the now.

The album is such a musically rich listen, covering a lot of ground – from the Motown stomp of ‘If You Wanna Love Me’ through to the simmering groove of ‘Me Or Her’, the soaring, country-tinged blues of ‘When Those Bright Lights Go Down’ and the gentle acoustic balladry of album-closer ‘Never Happen Again’.

And while the album might be steeped in the sounds of yesterday, WILSN – real name Shannon Busch – and producer Stephen Charles took care to balance those classic elements with modern production techniques, leaning on Charles’ background in hip hop production to amplify the grooves, dialing up the bottom end and keeping a modern excitement in the mix to make sure the record stood up sonically to contemporary releases.

Perhaps what keeps it so firmly grounded in a real place and time however, is the genuine lived experience poured into each song and delivered effortlessly through Busch’s jaw-dropping vocal performances. This isn’t pastiche, this is life. On lead single ‘You Know Better’, Busch is leaving a cheating lover to squirm in their lies, ‘Tell Me’ and ‘Come On Over My Way’ deal with unrequited love while ‘When Those Bright Lights Go Down’ is about finding strength in love during trying times. “We were writing it about me and Steve being in Nashville and feeling lost and supporting each other through a really shit, tough time. We couldn’t catch a break with anything. The song is saying luckily we have each other otherwise I don’t know what would happen,” Busch explains.