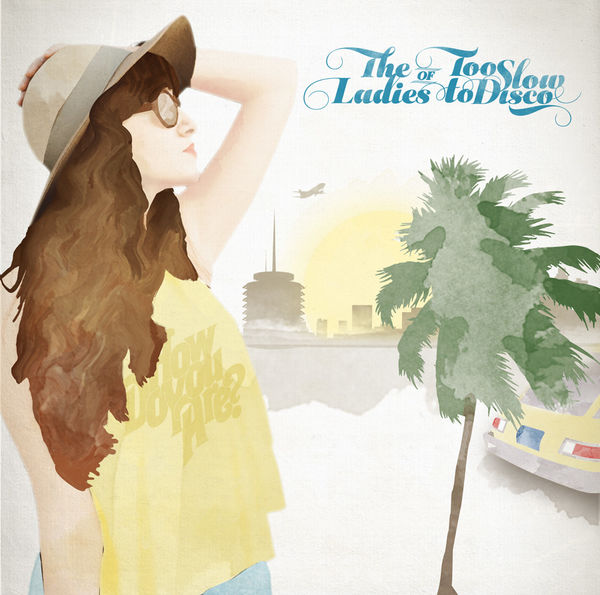 The Ladies of Too Slow to Disco

Product code
HDYARE3LP
Format
Double Vinyl LP
Label
How Do You Are?

From Taylor Swift’s pop tidal wave to St Vincent’s angular rocking… from Miley Cyrus’ ever-colourful madness to Adele’s chart crushing return, 2015 was another great year for women in pop music. But it wasn’t always this “easy”.

With “The Ladies of Too Slow To Disco” we are taking a look at the women who kick-started the female pop revolution in the seventies. But we are not only presenting the big names like Carole King, Carly Simon or Rickie Lee Jones, Too Slow To Disco is once again unearthing lots of overlooked and lost gems of the 1970s LA music scene.

These pioneering songwriters were determined to navigate their career on their own terms, while fighting an industry that was only marginally less machismo-driven than the mafia (and in some cases involved characters from both worlds). Chauvinism was the mood music de rigueur in the record biz of the 60s and 70s, and the dawning of sexual liberation as often as not left women holding the baby. But battling through, these women writers and performers redefined what pop music could do, and in doing so, charted the path for the women that followed.

Pop is notoriously over-concerned with surfaces, and as a result writers have traditionally played second-fiddle to performers, background figures rarely accorded their dues. But for women writers back in the sixties and seventies this was an even harder battle with the low expectations of high chauvinism.

Carole. Ricky. Carly. Big personalities who lived as large as their male peers. And sure, some of these names you already know. They brought new subjects to the studio, righteously loved to this day for finding new ways, new tones in which to express every emotion. But for each of the well-known ladies of the post-Laurel Canyon scene, there are so many you’re about to meet for the first time.

Take the amazing Franne Golde. She never became a household name despite penning songs that have notched up 100m sales worldwide (incl. the legendary “Don’t look any further” by Dennis Edwards), now isn’t that something? Or Evie Sands, the gamin soulster whose sixties would-be breakthrough hit was stolen from her and given to another (male) artist right under her nose. Still, she carried on and wrote some timeless tunes including the slickly reprimanding “You can do it” included here (and she’s still on the road touring too).

Laura Allan’s “Opening up to you” captures the mood of the decade and of this collection perfectly. A rhythmically deft, proudly self-aware love song, Allan’s writing is tender but she always stays in control, and the whole thing floats like a leaf on a summer breeze.

You’ll find plenty more of that sophisticated West coast pop sound you know we love, where the tune and the groove and the lyrics just fuse together, in a kind of endless sunlight. Take the cruelly overlooked Leah Kunkel’s “Temptation”, a total earworm, beautifully played with session musicianship from members of Toto. Leah was the younger sister of Cass Elliot from the Mamas and the Papas, and perhaps wary of comparisons mostly lived the session singer life until she stepped out into the limelight in the late 70s with this lost gem and two underrated and forgotten albums.

As ever with Too Slow To Disco, we hope we’re moving the needle, reinstating a few unjustly overlooked talents. But above all this is about the music, that vaulting ambition that pours out of these arrangements, lyrics and melodies, all played by the finest musicians the LA scene could muster. So take a trip with us, and round out your picture of a decade. The style is still Too Slow To Disco. But the inspiration and the achievement is all woman.