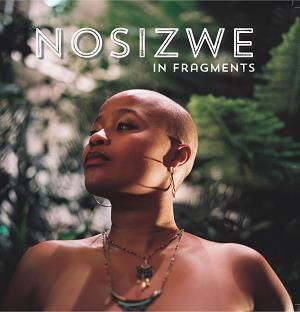 An exciting debut album for Nosizwe, the singer, political activist, mother and beat-producer of electronic soul music. "In Fragments" is produced by Georgia Anne Muldrow (who also has worked Erykah Badu, Kendrick Lamar, Mos Def) and features include Guilty Simpson and an A-team of Norwegian artists & producers.

On her debut album, Nosizwe joins forces with one of her heroes, Los Angeles-based producer, multi-instrumentalist and singer-songwriter, Georgia Anne Muldrow.

"I believe art can change the world and I want to contribute to the process. Like dandelions, good music and talented people emerge anywhere and everywhere and there are always many of us."

Her name is Nosizwe. It means mother of a nation. Born in Norway to South African parents, Nosizwe and her family returned to a post-democratic South Africa in 1994. Now 32, the singer, political activist and mother is making beat-produced electronic soul music from her home base of Oslo. Nosizwe calls the album a soul based, electronic inspired, jazz-tinged, hip hop salutary, diary of her, with Georgia Anne Muldrow (who produced Erykah Badu, Bilal & Mos Def) flavors infused into the productions and synth play.

"I have birthed a project I am proud of. And it would not have been possible without the incredible amount of people who have put their time and energy into this. I have an insane list of collaborators who have been kind enough to bless this project: Guilty Simpson, Kinny, Naima Mclean, René Mclean, Son of Light, Denmark Vesey, and that is not even mentioning all the incredible musicians who have been involved. I am lucky and fortunate."

Nosizwe is an artist who has taken the best of her melancholic heritage from Norway and her strong fearless shine from South Africa and made a future sounding, timeless, voodoo-istic tribute to music, to herself, and to you. Remember her name. It will come in handy.

Tracklist:
LP
Side One
A1. Songs From Nosizwe
A2. The Best Drug feat. Georgia-Anne Muldrow
A3. Hey Ya
A4. Acapella
A5. The Lesson