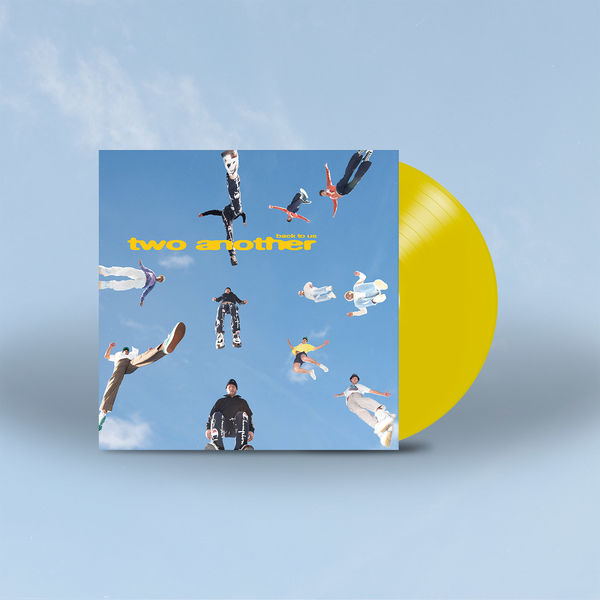 Back To Us: Yellow Vinyl LP

The dynamic pop-meets-R&B duo, Two Another, today announce their hotly anticipated debut album “Back to Us”, an album that traverses themes of self-acceptance, queer identity, letting go of the idea of perfection and hope for the future.

“Back to Us” lands on 25th March via Virgin Records after their expansive European month-long tour. Today, they also share visuals for their new single “Someday”, kicking off 2022 with an uplifting message that aims to comfort someone who is struggling with their mental health.

Uplifting their loved ones, each other and their fans is at the heart of Two Another’s lyricism and is the core message of “Back to Us”. The album was written at a time of recentring and acceptance which brought them not only spiritually and emotionally closer but also with other important relationships in their lives. The duo was focused on self-love, reflection and moving on from past trauma, all lending inspiration to the multi-layered album they present today.

Blending alt-pop, funk and R&B, the upbeat buoyancy of Two Another’s sleek yet energetic productions on “Back To Us” has an infectious potency to transform a mood or an outlook track after track. The duo again confirm their unparalleled talent as they channel raw emotion into undeniable grooves across the ten tracks which are pumped with compelling stories executed by the honeyed melodies of Eliot Porter and the joyous synths of Angus Campbell.

The pair’s journey together began at school in Sydney, Australia, where Campbell had just moved from the UK and Porter the US and bonded over their love for music. They continued to create together into adulthood and officially formed Two Another in 2015 when they reunited in London. They now split their time between Stockholm and Amsterdam, never letting distance come between them. The upbeat sound of Two Another sits side by side with earnest themes such as self-acceptance, sexuality and mental health.

Already garnering the support of tastemakers like the Line of Best Fit, Wonderland, COMPLEX and Notion and a dedicated global fan base, 2022 is looking bright for this charismatic duo. “Back to Us” is a force to push forward but above all to feel as if they themselves are back to normal.