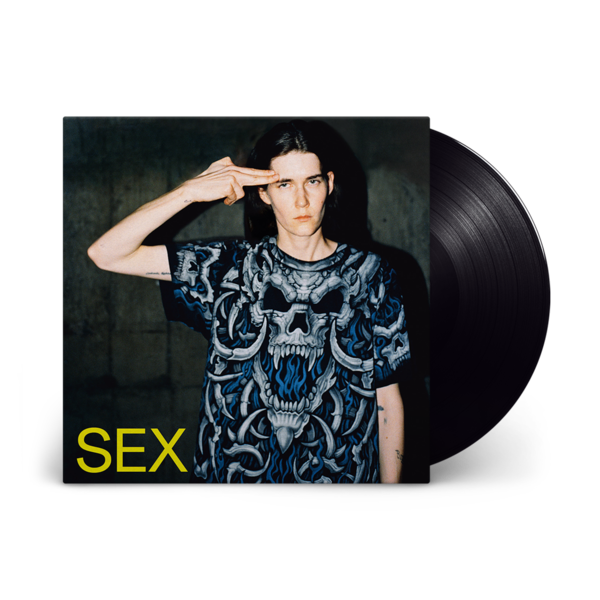 SEX was composed during the formation of Imhof’s art show of the same name, previously exhibited at Tate Modern, London, The Art Institute of Chicago and forthcoming at Castello di Rivoli, Italy, this September. Imhof, Douglas and Bultheel, reworked the songs from how they appeared in the exhibition ‘SEX’. The result is a compelling record that acts as an imaginative accompaniment to the ‘SEX’ performances, as well as standing alone as a progressive collection of contemporary compositions.

SEX references punk, industrial and grunge, and boldly juxtaposes these forms with music of the classical and baroque period. The album combines classical formals and orchestration with vocals that are rooted in subcultural traditions, thus beautifully overdrawing and overwriting these forms with the composer’s own. Harpsichord and oboe are combined with distorted electric guitar, or exuberant string ensembles with heavy industrial drums.

The amalgamation of genres contained in the album was also integral to the choreography of SEX, where walzes and tangos were contrasted with stage diving, slam dancing and moshpits. What resulted was a surreal ballroom, loaded with desire and aggression. In the same vein, the record fearlessly shapeshifts, blends genres and styles evoking an impressive array of moods. Oscillating between fragility and flamboyance, Imhof and Douglas’ versatile voices reinvent themselves from one song to the next, while singing songs of love and hate.

The last song on Sex is ended by a quote of the band LOW, `All you Pretty People, you`re all gonna die`. This ambiguous moment, a prophecy sung in Douglas’ vibrating baritone voice, rattles the listener despite the mundane truth of the statement. This complexity is reflected in the album itself, allowing for an unusual multiplicity of emotions and interpretations with impressive depth and dynamism.