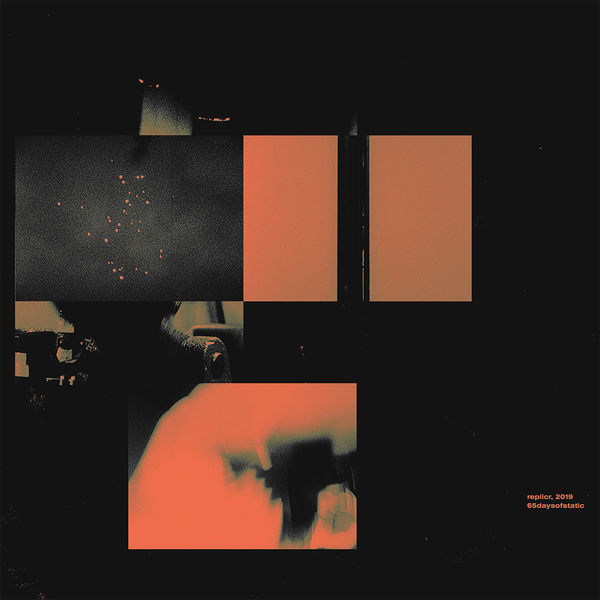 "On September 27th, Sheffield-based experimental stalwarts 65daysofstatic release their anticipated, expansive new album replicr, 2019 via Superball Music. This immersive album highlights a continuation from previous releases and a constant evolution which has been evident since their formation.

In 2016, they released their critically-acclaimed score for ‘No Man’s Sky’, the most anticipated game in the world at that time. Their generative, infinitely long, in-game score was experienced uniquely by each of the game’s millions of players.

This crash course in algorithmic music led to the band building their own procedural musical systems and generative soundscapes, crafting custom synths, live coding and writing software to make music for (and against) them. This new way of working they called “Decomposition Theory” — decomposing from the infinite possibilities their systems churned out instead of composing from the ground up, a dialectic between the band and their machines.

From the eventual smouldering wreckage of their broken software systems and entropic algorithms, the band realised their next record needed to be the opposite. An album born from the debris, but stripped down to its most focussed, intentional form.

replicr, 2019 is the album carved from the wreckage. Forty two minutes of dread. A record that stares head on into the abyssal futures of late capitalism and refuses to blink. A melancholic, tireless soundtrack of acceleration. A feeling of frayed-nerved, time-smudged, light-speed drifting through cities built upon cities. Neon seen through rain-riddled windowpanes. replicr, 2019 is a stark, angular, stripped back slab of focussed noise. It wastes no time because there is no time left to waste.