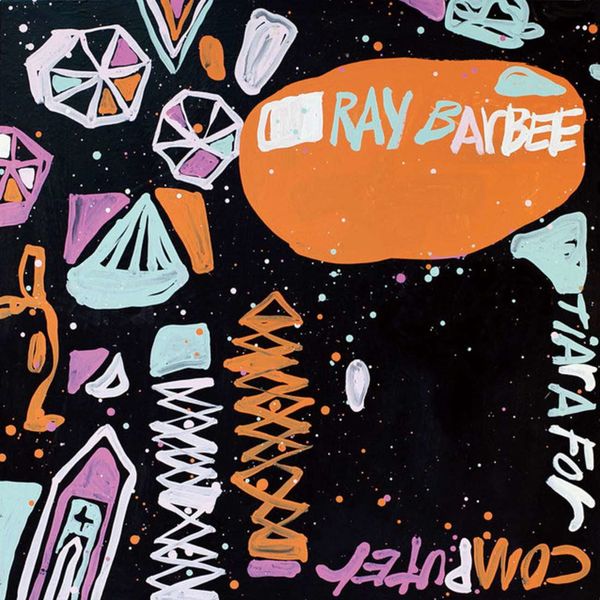 In the late 1960s, Peter Zinovieff—co-founder of London’s Electronic Music Studios—sold his wife’s diamond tiara to subsidize the world’s first computer in a private residence. At nearly the cost of a house (and taking up almost an entire room), the weighty extravagance was purchased and installed to control one singular process: sequencing sounds. This was the all-or-nothing beginning of EMS, and their enthusiastic exploration of the unknown—synthesized music—lead directly to the ground-breaking work of artists like Pink Floyd, Brian Eno, and Kraftwerk.

In the spirit of that wholehearted approach, Ray Barbee has ventured into uncharted waters with his latest release, Tiara For Computer , a synth-anchored album from a man known for his expressive, solo guitar work . “I’ve always been intrigued with synthesis,” Barbee clarifies. “All of it: the wave form, the shapes, the modulation sources. I’ve played guitar long enough that I’ve got a vocabulary. But what I get the most excited about with synthesis is being free from music and the idea of not knowing what I’m doing... the excitement of not having a vocabulary.”

The development of Tiara ’s synthetic base also proved to be the perfect excuse to enlist drummer John Herndon (Tortoise, Isotope 217, 5ive Style). “Johnny moved to LA a few years back” Barbee explains, “and in the back of my head, I’ve always wanted to do some kind of project where I could come a little closer to where he ‘lives.’”

So along side bassist Josh Lippi ( The Overtimers, Blktop Project), engineer Monte Vallier (Tommy Guerrero, Mattson 2, Swell), and with beacon-light producer Thomas Campbell running point, they set about their shared journey of dubbing, remixing, and accompanying Barbee’s time drifting, out-of-tune Korg MS-20 synthesizer. While the end result of Tiara carries the greater-than sum of its veteran parts, it’s also the product of another unexplained synthesis—a kind of leap of faith.