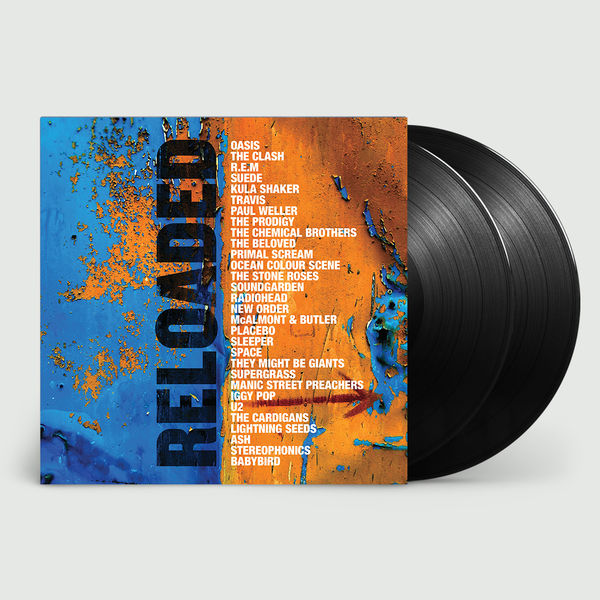 Please note this might not arrive by Christmas 30 era-defining tracks on one double album exclusively on vinyl. The early to mid-1990s saw a collision of indie pop, rave and club inspired dance and the newly christened ‘Britpop’ culture making the era one of the most exciting, groundbreaking and influential ever in music. ‘Reloaded’ presents a snap-shot of that era with some of the most essential tracks. Kicking things off Oasis’ defining ’Some Might Say’ leads into ’Should I Stay Or Should I Go’ - originally released in 1982 it became a #1 on re-release, and underlined the timeless importance of The Clash to a new generation. R.E.M. produced some of the most original song-writing of the era, and Suede’s glam take on indie rock makes ’Trash’ a true original. The successful solo career of Paul Weller is marked with one of his greatest compositions ‘You Do Something To Me’. On Side Two, representing how massive the emerging electronic dance music became, ‘Firestarter’ from The Prodigy, and The Chemical Brothers’ ‘Block Rockin’ Beats’ still sound startling today, while there’s also pop-rock from The Stone Roses, Primal Scream and Ocean Colour Scene, alongside the epic ‘Black Hole Sun’ from Soundgarden. The second LP starts with the peerless and iconic ‘Creep’ from Radiohead, New Order’s ‘Regret’, and the superb ‘Yes’ from McAlmont & Butler. Also included on this side are some fantastic examples of left field indie-pop from Supergrass, Space and the brilliantly titled ‘Birdhouse In Your Soul’ from They Might Be Giants. The album’s final side includes the charged indie-pop-rock of Ash, Stereophonics, Lightning Seeds and The Cardigans, but begins with an incredible opening trio of Manic Street Preachers’ epic ‘Everything Must Go’, U2’s ‘Even Better Than The Real Thing’ and Iggy Pop’s ageless ‘Lust For Life’ which, included on the soundtrack of ’Trainspotting’, became as influential in the ‘90s as it was when it was first released in the ‘70s. A double album that takes you back to an incredible time… ‘Reloaded’