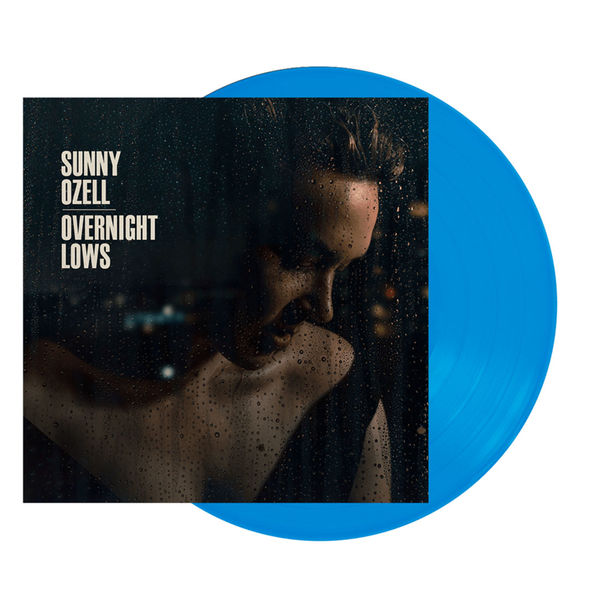 Overnight Lows gleams with engaging melodies and intelligent wordplays, performed with a sophisticated fluency in pop, jazz, soul and Americana dialects that makes it a delight to behold.

As Sunny says herself, it's communicated with soul and simplicity, and it's always groovy. It could hardly be anything else, informed as it is by her passion for such inspirations as Bonnie Raitt, David Byrne, Cassandra Wilson and Aretha Franklin. Sunny vividly remembers how, in her late teens, she splashed out on the Queen of Soul's box set of Atlantic finery, and practically wore it out. “It got into my tissues,” she says.

Sunny and her husband Sir Patrick Stewart now divide their time between Brooklyn and Los Angeles, and it was on the West Coast that her new album came into being, sculpted from lyrical and musical sketches that she carried in her pocket during Overnight Lows’ careful incubation.

“Overnight Lows came to me pretty early in the writing process,” she remembers. “Then it was like 'OK, that's what the album's called, now I've got to write the record!'” To say that she rose to the challenge would be a distinct understatement, and all the more of an achievement since her last, very different recording project, 2015's Take It With Me, was comprised of her interpretations of other writers, from Hank Williams via Ray Charles to Tom Waits.

The album displays Sunny's love of language and an intimate, soulful delivery, from the cruising feel of 'Driving Highways' at one end — with its clever incorporation of a key line from Dobie Gray's 1970s soulful singalong 'Drift Away' — to the bluesy, smoochy 'Take You Down' at the other. “Almost like self-analysis,” she adds, “I went back through it and thought 'Holy shit, there's a lot about night in here, and not sleeping, and wrestling with memories.”

As personal as these songs are, Ozell is perfectly happy for them to assume their own individual meaning to the listener. “I was really ready to be reflective, but I don't necessarily need to have my agenda known,” she says. “I know from every song that's ever moved me that when you love something at first glance but it continues to yield up deeper levels of meaning, that's really art.”

Overnight Lows is fuelled by a lifetime relationship with music that started when Sunny began violin lessons at the age of four. “I started taking singing lessons at 11 years old,” she says. “Now, if I were to try to teach someone to sing, I wouldn't know the first thing about that. It's very much second nature to me. Really it's the psychological stuff that's the hard part.”

This record was developed in a particularly busy period following Sunny’s last full release, Take It With Me, which saw Sunny tour across the UK regularly including prominent support slots for The Rails and Teddy Thompson amongst others in recent years, Sunny has become a stalwart of the vibrant Americana and Roots music scene in the Britain, as well as performing on Jools Holland’s BBC Radio 2 show.