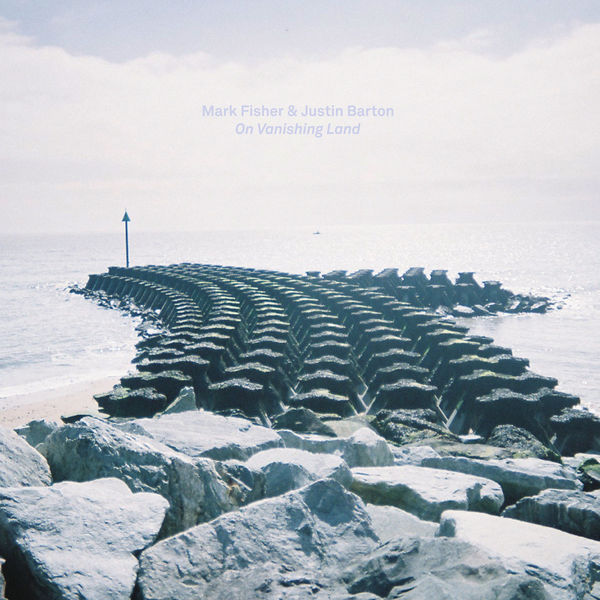 Hyperdub launch new sub-label Flatlines for the release of ‘On Vanishing Land’, an audio-essay by Justin Barton and the late Mark Fisher. ‘On Vanishing Land’ evokes a walk along the Suffolk coastline in 2006, from Felixstowe container port ("a nerve ganglion of capitalism") to the Anglo-Saxon burial ground at Sutton Hoo. A walk under immense skies, through zones of deep time, and within sunlit, liminal terrains, into the eerie. Everywhere there are charged atmospheres, shadowy incursions, enigmatic departures. A derelict radar base, coastal heathland, drifting thistledown, towers of overgrown shipping containers - music haunted by wider levels of reality, narrations about rarely visited zones and potentials, voices of dreams and stories. This music includes newly-composed tracks by John Foxx, Gazelle Twin, Baron Mordant, Raime, Pete Wiseman, Farmers of Vega, Skjolbrot, Eerie Anglia, Ekoplekz and Dolly Dolly. Alongside these are glimpsed views toward M.R.James’s ‘Oh Whistle and I’ll Come to You My Lad’ (1904), Joan Lindsay’s ‘Picnic at Hanging Rock’ (1967), and Brian Eno’s ‘On Land’ (1982).

Beyond the surface of the day something becomes visible, a way forward, an escape-path from capitalist reality. ‘On Vanishing Land’ is about following the lines of terrains and dreams. It is about a micropolitics of escape, of disappearance. A micropolitics of waking the faculties. ‘On Vanishing Land’ was initially part of an exhibition commissioned by The Otolith Collective and The Showroom in London, and after ‘londonunderlondon’ (2005) it was the second audio-work collaboration by Justin Barton and Mark Fisher.

The LP cover features photos taken by Mark Fisher, and a short essay by Justin Barton. Pressed on 180g vinyl, in deluxe rigid board sleeve, with free mp3 download code.