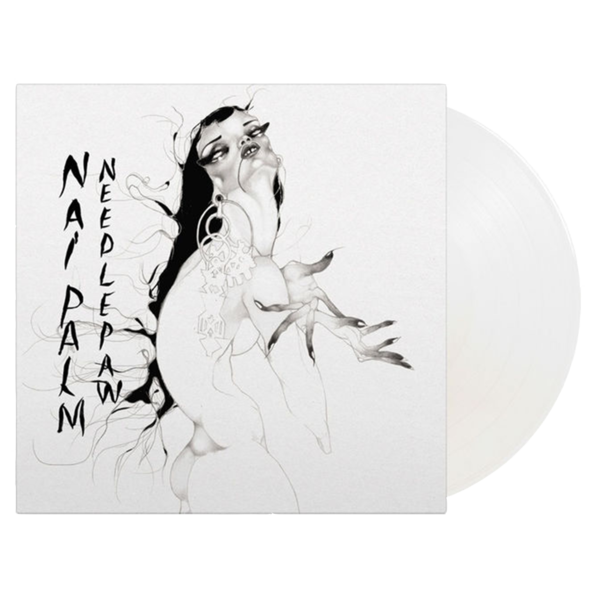 180 gram audiophile vinyl Deluxe heavyweight gatefold sleeve with linen laminate 2 exclusive inserts 2017 solo album by 2-time Grammy nominated musician, songwriter and lead singer of the Australian band Hiatus Kaiyote Featuring the Jimi Hendrix cover “Have You Ever Been (To Electric Ladyland)” Limited edition of 1000 individually numbered copies on solid white coloured vinyl Needle Paw is the first solo album by Nai Palm, the lead singer and composer of R&B future soul outfit Hiatus Kaiyote. A two-time Grammy nominated singer, songwriter and musician from Melbourne, Australia, Nai Palm is a composer, instrumentalist, producer, vocalist and poet who approaches all of these self-taught disciplines with an intuitive, infectious grace. This gift has sent her and her band Hiatus Kaiyote on a journey to sculpt songs that have been received and treasured across the globe. Their success set the stage for Nai's first solo effort. Comprised almost entirely of her guitar playing and vocal arrangements, Needle Paw is Nai Palm's self-imposed challenge to explore the potential for immortality and timelessness within her music by stripping away the produced layers to focus on the element that is closest to the source of the human soul: the voice. Needle Paw is the rawest glimpse into Nai Palm's musical world. It is dreamlike, honest, and beautifully transparent, revealing her musical ruminations to listeners with a courageous vulnerability and artistic generosity. Nai sees this album as a reminder to musicians that they don't have to rely on production to expose their gifts. Needle Paw features acoustic versions of Hiatus Kaiyote favorites “Atari,” “Mobius,” “When The Knife,” “Molasses,” and “Borderline With My Atoms”, as well as covers of songs by David Bowie (“Blackstar”), Radiohead (“Pyramid Song”) and Jimi Hendrix (“Have You Ever Been (To Electric Ladyland)”). There are six new tracks on the album written by Nai, including “Homebody”, which she refers to as her “purest offering...a sanctuary to lick your wounds...without acrobatics.” Also featured is the medley “Crossfire/So Into You” which dives into a topic that Nai rarely writes about...romantic relationships. The outro of the song is a cover of Tamia's “So Into You.” At this point in her journey, she has nothing to prove to anyone, just something that provides for everyone. This is a limited edition of 1000 numbered copies on solid white coloured vinyl. The package includes 2 exclusive inserts.