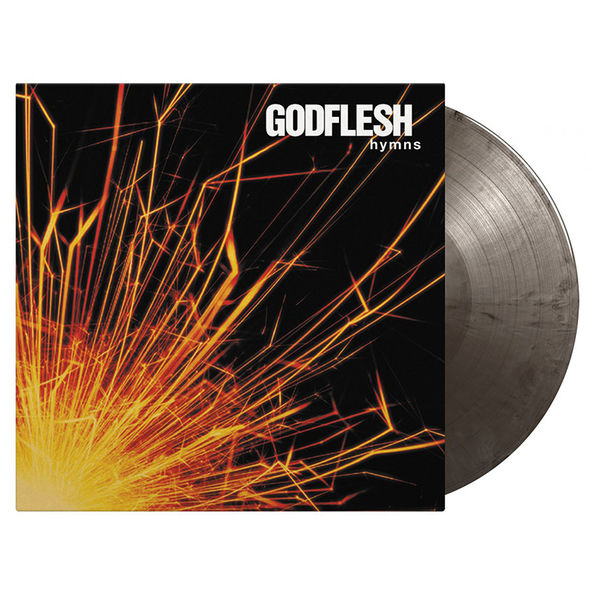 180 gram audiophile vinyl Gatefold sleeve Feat. “Jesu”, “Antihuman”, “Defeated” & bonus track “If I Could Only Be What You Want” 2013 remastered audio Limited 20th Anniversary edition of 1000 numbered copies on silver & black marbled vinyl Godflesh are an English industrial metal band from Birmingham, England. Formerly known as Fall of Because, the band was formed in 1982 but didn't release any music until 1988. Hymns is their sixth studio album, released in 2001, and was their last album before their breakup in 2002. The album received favourable reviews, with critics calling it the band's best and most ambitious album up to that point. Hymns was the first Godflesh album with Ted Parsons on drums, and their second album to feature a non-mechanical drummer. It was also the band's first album since 1989's Streetcleaner to be recorded in a professional studio, which frontman Justin Broadrock found both refreshing and depressing. He thought the album was a new beginning for the band, after previously losing sight of what the band should be. The song “Jesu” eventually became the namesake for Broadrick's next project after Godflesh's disbandment. This limited 20th anniversary edition of 1000 numbered copies on silver & black marbled vinyl was made using the 2013 remastered audio.