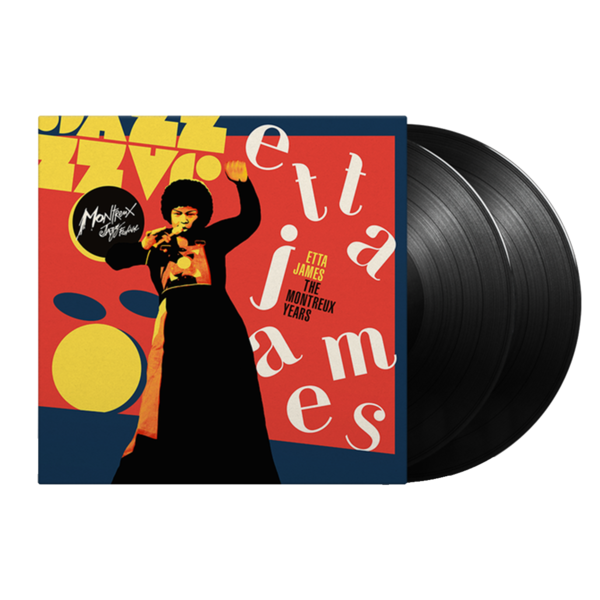 Etta James: The Montreux Years is released as part of a brand new Montreux Jazz Festival and BMG collection series “The Montreux Years”. The collections will uncover legendary performances by the world’s most iconic artists alongside rare and never-before-released recordings from the festival’s rich 55-year history, remastered in superlative audio. Each collection will be accompanied by exclusive liner notes and previously unseen photography.

‘Etta James: The Montreux Years’ is a treasure trove of timeless classics, powerful and electrifying performances and raw, soaring vocals by one of the greatest ever female vocalists. The collection, featuring recordings from James’ Montreux Jazz Festival concerts in 1977, 1978, 1989 1990 and 1993, encapsulates and reflects Etta’s dynamic artistry and long-lasting impact. Spanning performances from across three decades, ‘Etta James: The Montreux Years’ offers deeply personal and intimate snapshots into James’ acclaimed musical journey, highlights and her phenomenal career.

From one of Etta James’ earliest successes, the infectious and endlessly elegant Something’s Got A Hold On Me, a medley that consist of At Last, Trust In Me and Sunday Kind of Love, which is a fusion of highlights from the early 60s, to the raw and emotional I’d Rather Go Blind and soulful horn-driven Tell Mama. The collection closes with Baby What You Want Me To Do, James’ homage to Jimmy Reed and the encore of her 1979 concert.

In 1975, Montreux Jazz Festival captured a significant moment of musical history – Etta James’ very first concert in Europe, performing at the festival’s 9th edition. The CD edition of ‘Etta James: The Montreux Years’ will include this special landmark concert, held at Montreux Casino on 11 July 1975.