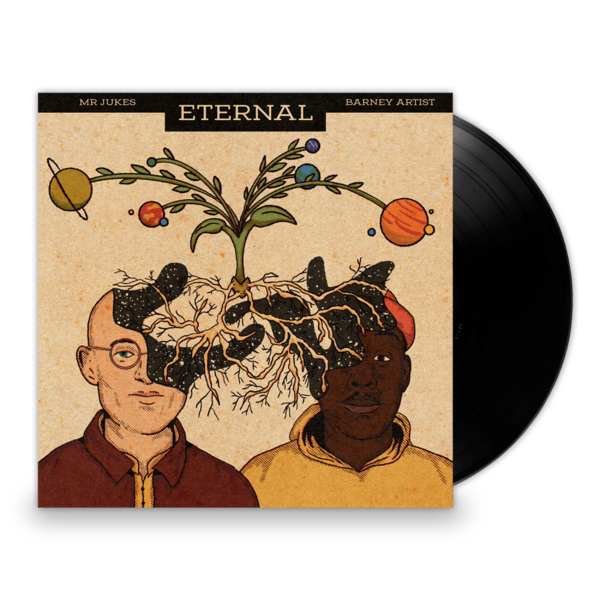 Mr Jukes is the solo moniker of Bombay Bicycle Club frontman Jack Steadman, who released his first solo album, God First, in 2017. The album featured contributions from legends such as Charles Bradley, De La Soul and Horace Andy, alongside a collaboration with Barney Artist, who Jack had quite simply stumbled upon on a Spotify playlist and never forgotten. The track was a standout and planted the seed for The Locket, a full length Jukes & Barney collaborative project released in 2021.

Barney’s music takes the vibrance of jazz infused hip-hop but with a London feel. Growing up in Forest Gate, East London, Barney balances conscious themes with old school grooves to create something instantly likeable, like the artist. He’s a larger than life presence, fun to be around and a searing, peerless talent too. A collaborator by nature, Barney grew up around Tiana Major9 and Jay Prince and has made music with Tom Misch, Loyle Carner, Alfa Mist and Jordan Rakei.

Jukes and Barney will be releasing more new music throughout the summer, having just wrapped up a handful of European live dates in support of Gorillaz, as well as a show-stopping set at Love Supreme Festival.

To coincide with their new music, the duo have created their own “(not so) hot sauce” named 93. It’s a mild, mango flavoured chilli sauce, “mild enough for a kid to eat,” and features photos of each of them as children on the label. The hot sauce is available at their official store.