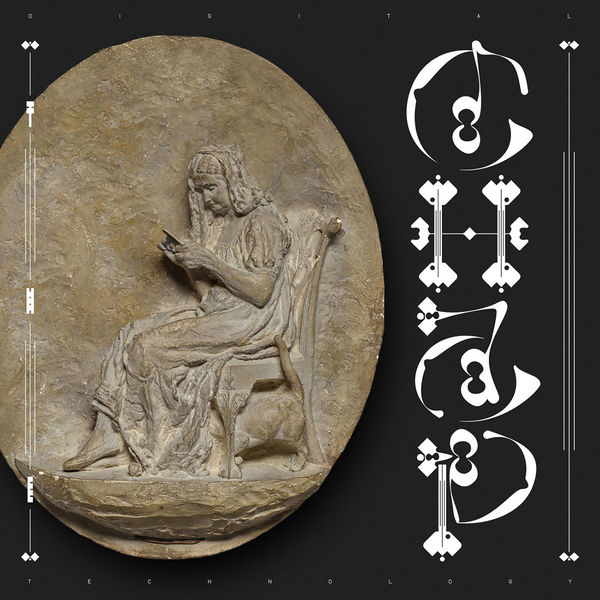 A dystopian delight, ‘Digital Technology’ will be the seventh long player by The Chap and was recorded and produced by the band in London and Berlin over the past three years. In the near future, when algorithms have feelings, they will write all our music. When they attempt to write pop music that sounds if it was made by talented Europeans in 2018 - it might just sound like ‘Digital Technology’.

The Follow up to ‘The Show Must Go’ from 2105 - The Chap’s foray into the world of the political rock song – the new collection features ten tracks and is arguably the band’s most beautiful album to date. Exploring abysses both personal and de-personalised, the record looks inward into a vast open space rather than onto a concrete political arena.

Opener ‘Bring Your Dolphin’ is a mildly surreal and melancholy pop song about dolphins, romance and world-weariness, yet the band insist it contains a death penalty reference - so beneath it’s lush ambiences lurks darkness and in violent disintegration lies beautiful fun. Lead single ‘Pea Shore’ contains an extended love poem to Mark E. Smith and the wonders of modern cosmetics.

‘I Am The Emotion’ takes to heart The Chap’s early mission statement of seeking to create music that “sounds wrong” and is a kind of wordy world-techno-pop anthem about emotional emancipation, sungby grandad after he just discovered autotune. Classic Chap! as are the nightmare disco anthems like ’Merch’, ’I Recommend You Do The Same’ or ’Toothless Fuckface’.

Elsewhere, the algorhithm shows a more conciliatory side: "Help mother/ with her stuff”, it implores on 'Help Mother’ and it truly nails existential futility on 'Hard’. Closing track ‘Don’t Say It Like That’, repeating its title phrase over and over while a techno beat pounds and easy synth arpeggios dissolve into sad ambience, could be viewed from different perspectives: a couple arguing, a parent reprimanding a child, a social media comment on hate speech.