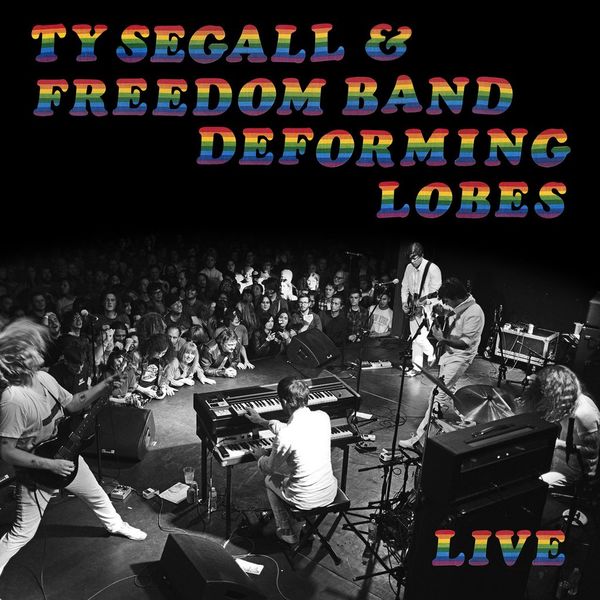 In 2018, Ty Segall’s Freedom’s Goblin hit with a watershed feeling. A feeling like, how much longer will rock albums like this even exist? An epic epoch double-LP that took the heroic arc of Ty’s populist masterpiece Manipulator and wadded it up into a much more aerodynamic (and harder-hitting) ball (or 20-sided D&D die), FG was also the continued work of the Freedom Band, Ty’s crew of choice since 2016. Storming the world playing songs from throughout his catalog in a series of ecstatic set lists, they sought freedom for themselves and the audience, even it if was just one night of emanci-pation from world’s numbing chill. Then they went and did it again the next night! An all analog production, recorded live on stage at Teragram Ballroom in Los Angeles by Steve Albini (via mobile unit onto two-inch tape!) and mixed with Steve in Chicago at Electrical Audio, Deforming Lobes witnesses the blunt-force traumpact of The Freedom Band in full effect, updating (and upending) numbers from Melted, Emotional Mugger, Twins, Manipulator, $ingle$ 2 and Self-Titled. From the start, the “Warm Hands” suite shows the growth of the group since recording the original version for the 2017 Self-Titled album — the jam has a new life all its own, and the band explores every song with similar unrestrained curiosity, never forgetting the collective experience they’re sharing. The feeling between audience and band at Los Angeles’ Teragram Ballroom on those January nights was its own special thing; here, the band is somehow even more front and centre, making Deforming Lobes the first wholly original statement from The Freedom Band and bookending the Goblin experience with a fuck of an exclamation point. A year-plus later, another rock album exists — but what’s to be done with the guitar? These guys did everything they could get away with to a certain degree of (well-focused) depravity. Maybe now it’s time for a transition, away from live band rawk into whatever, who knows? But before you grieve your speculative future loss too hard, you really oughta get Deforming Lobes.