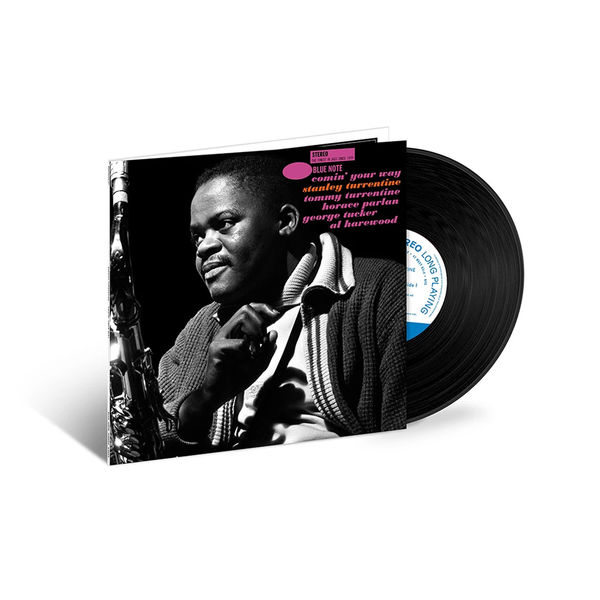 Stanley Turrentine is at his blues-drenched best on Comin’ Your Way. This session from 1961 features the magnificent rhythm section of Horace Parlan on piano, George Trucker on bass and Al Harewood on drums, better known as the Horace Parlan Trio. Also featured is Tommy Turrentine (Stanley’s brother) on trumpet, who contributed the tune “Thomasville” on this set, showing his strong Fats Navarro influence. This quintet was at the peak of their collective power at this time, with this same group also making the classic Blue Note Horace Parlan records, Speakin’ My Piece and On the Spur of the Moment. Comin’ Your Way completes this magical hard-bop trilogy!