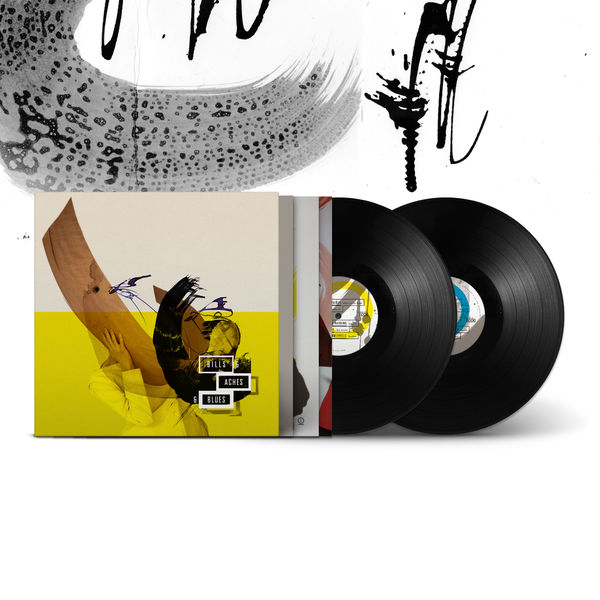 In 2020, 4AD turned 40. Never one to be on time for a party, the label is commemorating that landmark this year with the release of Bills & Aches & Blues.

The compilation features 18 of its current artists covering a song of their choosing from 4AD’s past: a creative experiment rooted in the spirit of collaboration and a snapshot of 4AD, 41 years after its inception.

Bills & Aches & Blues’ 18 recordings contain fascinating connections between artist and track. The earliest song chosen (by U.S. Girls) is The Birthday Party’s ‘Junkyard’, from 1981; the most recent are the two Grimes covers (‘Genesis’ and ‘Oblivion’, respectively by Spencer. and Dry Cleaning) from 2012. Suitably, for the one band that bridges 4AD past and present, The Breeders are all over Bills And Aches And Blues. They’re covered three times – ‘Cannonball’ by Tune-Yards, ‘Mountain Battles’ by Bradford Cox of Deerhunter and ‘Off You’ by Big Thief, whilst The Breeders cover ‘The Dirt Eaters’ by their ‘90s contemporaries His Name Is Alive.

Landmark songs such as ‘Cannonball’, ‘Song To The Siren’ and Pixies’ ‘Where is My Mind?’, will feel comfortable to casual fans, however by contrast, much joy can be found in the album’s surprise choices, such as Air Miami’s ‘Seabird’ and the Lush B-side ‘Sunbathing’, covered respectively by new signings Maria Somerville and Jenny Hval. Bills & Aches & Blues is named, arguably (as Elizabeth Fraser never published the lyrics) after the opening line of Cocteau Twins ‘Cherry-Coloured Funk’. Perhaps too unique and uncoverable in their own right, their legendary take on Tim Buckley’s ‘Song To The Siren’, under the name This Mortal Coil (along with Buckley’s pre-Starsailor acoustic version) informs SOHN’s cover.

Some tracks unearth hitherto hidden shared DNA, such as Future Islands’ and Colourbox’s ‘The Moon Is Blue’; other tracks are more akin to reinvention. Aldous Harding distils the melodic essence of Deerhunter’s ‘Revival’ and recasts it in her own uncanny image. U.S. Girls’ future-disco ‘Junkyard’ and Bing & Ruth’s neo-classical instrumental ‘Gigantic’ are even more radical interpretations. Leading off the album, Tkay Maidza brings both her Art Rap and R&B game, but also an unexpected ‘80s synth pop template, to Pixies’ ‘Where Is My Mind?’, a perfect title for these chaotic times.