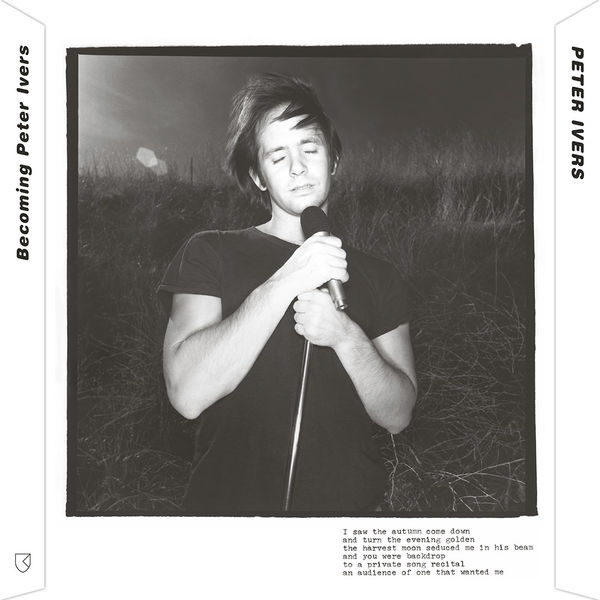 Written and recorded in Los Angeles in the mid-to-late-1970s, Becoming Peter Ivers raises the curtain on this mischievous master of ceremonies, who, harmonica in hand, rarely missed a chance to light up an audience. Since his untimely death in 1983, Ivers’ short but storied life has been the subject of much research and remembrance. Becoming Peter Ivers is the most expansive effort yet to collect his archival recordings.

“Demos are often better than records,” Ivers wrote. “More energy, more soul, more guts.” The statement anticipates the appearance of Becoming Peter Ivers, which was assembled from a trove of demo cassettes and reel-to-reel tapes that Ivers recorded variously at his home in Laurel Canyon, Los Angeles, and Hollywood studios for a pair of major label albums in 1974 and 1976. While the two commercially released albums feature the resources of session musicians and state-of-the-art studio detail, Becoming Peter Ivers highlights the private moments of Ivers’ musical energy, frequently pared down to piano, drum machine, harmonica, and Peter’s ageless voice.

Though technically not Ivers’ debut album (in 1969 Epic Records released Knight Of The Blue Communion, Peter’s psychedelic jazz odyssey of sorts), Terminal Love was the A&R brainchild of music legend Van Dyke Parks. Already a masterful harmonica player (respectively mentored by blues legend Little Walter and jazz bassist Buell Neidlinger while he was a student at Harvard in the late 60s), Ivers wove his harp melodies through the sensuously colored but unconventionally arranged pop compositions of Terminal Love and its self-titled follow up, which, like the New York Dolls at the same time, explored the libidinous, ironic, and artful possibilities of the rock template.

A studious artist, Ivers recorded hundreds of writing and rehearsal sessions onto reel-toreel and cassette tapes, but notes were either scarcely kept or have since been lost. RVNG Intl. collaborated with Ivers’ longtime friend and supporter Steven Martin, as well as his lifelong companion Lucy Fisher, to tell an intimate story of Peter’s creative journey through this untold music. The collection includes tracks that recurred in Ivers’ ouvre over the years; “Alpha Centauri,” “Eighteen And Dreaming,” “Miraculous Weekend.” And, of course, “In Heaven” – the song co-written with David Lynch and commissioned by the filmmaker to be featured in a now-iconic scene of Eraserhead. An accomplished Yogi by the late 70s, Ivers was as spiritual as he was playful. Accentuated by his cherubic face and compact height, Ivers’ vitality and curiosity became a part of his poetic sensibility, a quality that also characterizes his singing voice. Fisher remembers Ivers calling his days holed up in the studio as “snowy days,” as if he had been cut from school and let free to roam on his own. “No one knows what Peter Ivers does on a snowy day,” he would say.

In 1980, Ivers became involved with the Los Angeles-area public access show New Wave Theatre, serving as its host and paternal misfit. Ivers would introduce a new generation of groups like Fear, Dead Kennedys, and Suburban Lawns while playing a kind-of “straight” man, deliberately baiting the punks with square questions and frocked fashion. His signature question to guests was delivered deadpan: “What is the meaning of life?” Ivers died, tragically, the victim of a violent homicide in 1983 that remains unsolved. A shock to his community, his death all but fazed the LAPD, who treated the investigation with less than minimum care. A labor of love that took RVNG Intl. over five years to complete, Becoming Peter Ivers re-frames Peter’s music as the centerpiece of his captivating story, concentrating on the work he made during his numerous retreats into art, or, as he put it, during his snowy days. Available as a double LP, CD, and digitally, Becoming Peter Ivers includes liner notes by Sam Lefebvre and Steven Martin and an array of unseen ephemera from Peter’s life and times.