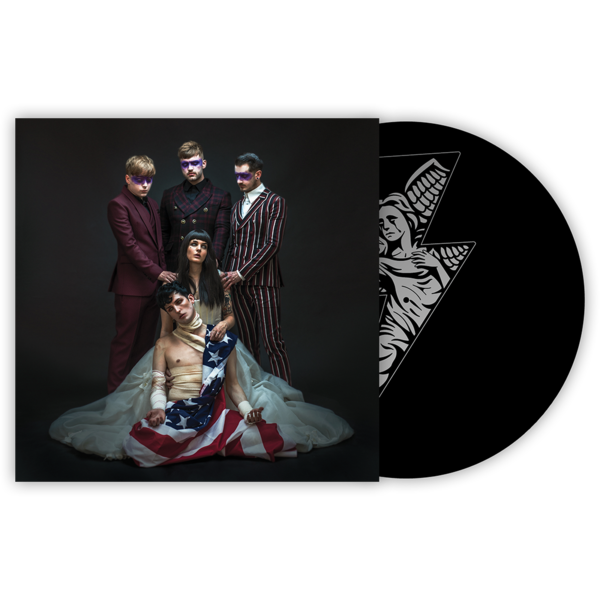 CREEPER are set to release the new EP ‘American Noir’ on July 30th via Roadrunner Records. The EP represents an epilogue to the narrative told in their critically acclaimed, Top 5 album ‘Sex, Death and The Infinite Void’ and is released almost a year to the day of the album’s first anniversary. ‘American Noir’ is a requiem to the album’s central character Roe, which explores his partner Annabelle’s grief and desolation following his death.

Frontman Will Gould commented, “This new EP is comprised of material we’d written over the course of the last album. Lavish and tragic, it tells the story of the days following the death of our protagonist Roe. Beginning with ‘Midnight’ you’ll find Hannah and I experimenting with our voices together like never before.”

‘American Noir’ is launched alongside its lead single ‘Midnight’. Indicative of another bold, unexpected yet entirely natural evolution in the CREEPER sound, it’s a fitting introduction to the EP as a whole. The interplay between Gould and Hannah Greenwood is more fully realised than ever before. Blending his velvet croon with her most prominent vocals to date, their duet really brings the story’s characters to life. The song is also brave enough to continue to up the stakes, rising from the introduction’s cinematic piano and culminating with the fiery intensity that the band have become renowned for.

Greenwood’s vocals also take centre-stage on the mournful gothic romance of ‘Ghosts Over Calvary’ and the funeral march elegy of the closing ballad ‘Damned and Doomed’. Elsewhere, ‘America At Night’ reprises Gould’s lyrical gift for crafting poetic pop culture references and amplifies the drama with stirring strings and a searing solo, traits which resonate even more theatrically within ‘One Of Us’

The band will hit the Reading and Leeds Festivals in August, before embarking upon a major UK headline tour in December. It represents their first headline tour since the release of ‘Sex, Death and The Infinite Void’, and their first since their apparent “final” show at KOKO back in 2018.