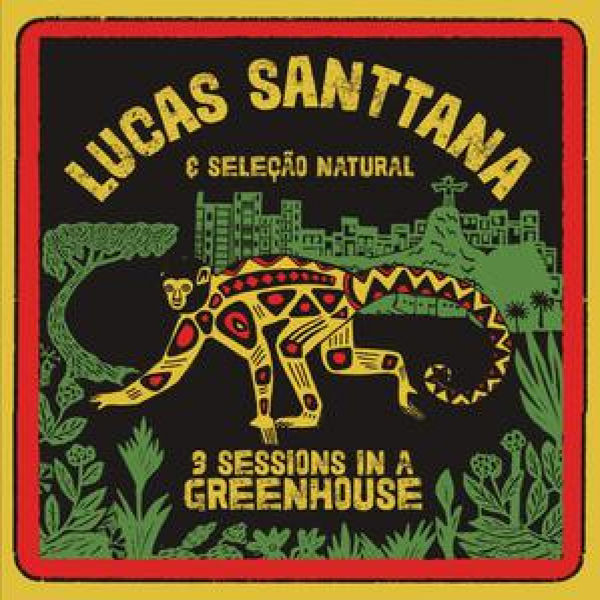 On the 15th anniversary of its original release, Mais Um revisit a lost classic from the catalogue of one of Brazil’s most regarded and influential contemporary songwriters, Lucas Santtana. Presented on vinyl and on streaming platforms for the first time ever (remastered by German dub shaman, Stefan Betke/Pole) and featuring Tom Zé and manguebeat pioneer, Gilmar Bola 8, Lucas Santtana’s 3 Sessions In A Greenhouse fused psyched-out samba and baile funk with original Black Ark-style studio distortion and spiritual dub dread, laying the foundations for his seminal Sem Nostalgia LP five years later, and in the process, establishing Santtana as an elemental force of Brazil’s current new wave. “At the beginning of my career, I was experimenting, trying to figure out my sound. On 3 Sessions In A Greenhouse, I discovered what I am and what I wanted to do in music. All the pieces connected. Everything just felt like the right place at the right time.” Comprising four originals and four Santtana/Seleçao Natural dubs (plus a CD bonus track), 3 Sessions In A Greenhouse was and is a sound clash unlike any to have come before. Produced by Santtana and Recife’s dubsetter himself, Buguinha Dub, each session was approached as an opportunity not to just record each instrument but to create an environment in which the studio becomes the centrepiece. Recorded and mixed entirely live as a group, with no overdubs, 3 Sessions’ feels uniquely intimate and relaxed (best typified by the band’s ‘chat’ in-between recordings). Tropicalia Icon Tom Zé features on Santtana’s slightly zippier version of Zé’s samba dub Ogodô Ano 2000 and American journalist Phylis Huber’s reading of an extract of Virgina Woolf’s The Waves on the expansive 9min-long Balearic/afrobeat dub A Natureza Espera, is poignant and trippy. Santtana’s take on Naçao Zumbi’s Pela Orla Dos Velhos Tempos, featuring original member and percussionist Gilmar Bola 8 on vocals, takes on techier references of the Detroit type, whilst vinyl closer Into Shade is a sumptuous psych rock dub ballad, co-written by Arto Lindsay.