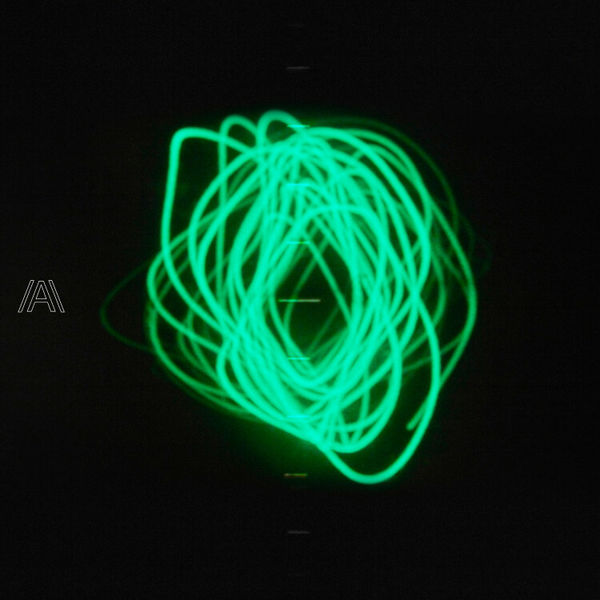 Two worlds collide to offer a brand new project. The lo-fi rock from Emilie Zoé and Nicolas Pittet blends perfectly with the sounds of the machines and samples of the leader of The Young Gods, Franz Treichler. The sound triangulates and takes the shape of an /A\. Zoé is an artist who converts the ghosts of everyday life into electric fulgurations on the extreme fringes of pop and rock; Pittet is her drummer, but above all he’s an all-round musician, as comfortable backing Lee ‘Scratch’ Perry’s primal dub as he is fiddling with electronics (e.g. his project Kera); and of course, Treichler is the well-known leader of The Young Gods, and band that’s been setting the bar since 1986 when it comes to transforming rock by infiltrating its genome into machines.

This diversity of backgrounds, tastes and experiences might at first sight have appeared as a reason to stay apart from each other, but instead it’s proved to be a vector of mutual attraction. What /A\ offers contains no foreign matter: Treichler, Pittet and Zoé’s aesthetics are intertwined through subterranean links that strike by their clarity, like the pieces of a puzzle that is both unexpected and surprising.

It’s through this profound entanglement that the pieces, one after the other, succeed in materialising hitherto unseen faces. They create something new: Hotel Stellar delivers an otherworldly blues, a slow snake that oscillates between the abyss and redemption; We Travel the Light, with its guitars measured in megatons, invents the notion of a steamroller possessed by insane joy; Count to Ten is a wash of restrained melancholy infused with almost Birkin-like touches, which, as the minutes go by, bristles with scratches and sandy echoes, like synthetic dub; The Leaves is yet another strange beast which could be considered as the evolution of a trip hop theme that would have been left to mature for a few decades in the noblest of drums. “It’s red, it’s hot” says Zoé when asked to analyse the record. “You can feel like there’re waves coming at you, but you never really know when.”

There’s something deeply organic behind /A\ in the meeting of minds. This is due to the genesis of the project, which was commissioned by the Transphoniques festival in Saint-Imier. The pandemic spread, cancelling the planned residency, but the preparatory jams that were performed during the summer of 2020 by Treichler, Pittet and Zoé simply couldn’t be stored away and forgotten. They provided the material for the present record and shaped its freedom of tone and form: “We set no restrictions for ourselves and that’s certainly what makes the band’s sound and lends this sense of coherence to the diversity of our worlds,” says Treichler. No restrictions, collaborating horizontally and downplaying the temptation of reverence (“Hearing Franz sing on our compositions is quite intimidating” admits Zoé) ultimately meant levelling egos in order to work in three equal parts. Undoubtedly a recipe for success.