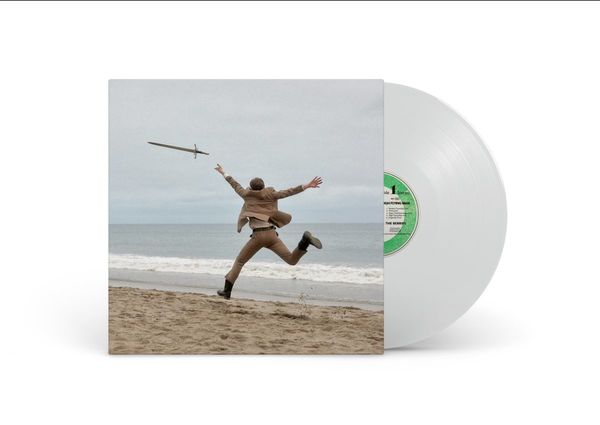 High Flying Man feels like a cautionary phrase - it’s hard to remove the connotations of Icarus, some of the more-unfortunately famous Flying Wallendas or even just a guy in the middle of a heater at the blackjack table. It’s the promise of an adrenaline rush fighting against the eventuality of a comedown on the horizon - a feeling perfectly channeled in The Berries’ third LP High Flying Man on Run For Cover Records.

The Berries is the project of vocalist, guitarist and main songwriter Matt Berry, a Washington native who’s spent the past few years living in Los Angeles. In the five years since forming the band they’ve released a number of records, including Start All Over Again (2018) and 2019’s Berryland. During the pandemic touring pause the band also released a series of singles, collected in the Tower of Ivory compilation tape - but all the while, the songs of High Flying Man were coming together in moments of sporadic inspiration, waiting for the right time to come to light.

High Flying Man is riff-first rock music with piercing melodies and desert twang, all tied in with the emotions of living in the modern world. Lead single “Prime” evokes the feeling of hopelessness watching hollow activism fail to remedy the ills of a failing country, while the more mellow “Eagle Eye” confronts the pain of addiction with the haunting chorus refrain, “don’t I remind you of an old horse well past its prime / I’ve been ridden and abandoned, left on the roadside out of sight, out of mind.” Tracks on this record feel a kinship with classic American rock bands of the past in the driving power of songs like the anti-capitalist closer “Give Me Your Money” or the swaggering “Exceptional Fabric.”

While the songs that make up High Flying Man confront difficult truths, the music feels as alive as a man in a brown suit throwing a sword on the beach on an overcast day. Berry describes the 9-day tracking process with close friend/producer Todd Berndt and engineer Jimmy Dixon being one of “unbridled joy,” and this feeling comes across in every take recorded. This cathartic energy makes for a unifying sense of purpose on the record. “I want people to feel good about themselves when they listen to this record,” says Berry. And although there might be a comedown in the future, it’s hard to feel that way when you listen to The Berries on High Flying Man.