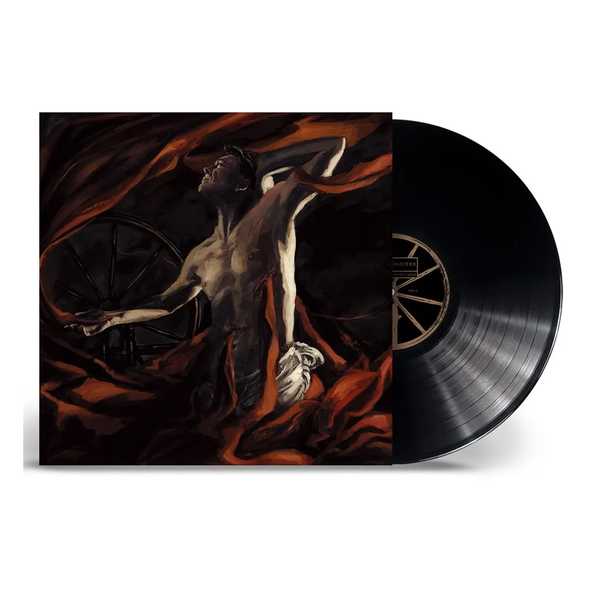 Towards The Dying Lands: Vinyl LP

The gloomy, tenacious and energetic heart of melodic death metal began pulsating in the early 1990s − and it hasn’t stopped beating since.Over the past thirty frantic years, this passion-raising heavy metal subgenre has undeniably evolved and changed, but some complaints have also been heard in the dim alleys: where are all the magnificent entrants?Well, as so many times before, kindly turn your face towards Finland − still the most metallic country in the world − and meet melodic death metal's hottest newcomers... Horizon Ignited has arrived and this relentless sextet is here to stay!

"Our roots date back to 2017, when Vili Vottonen and myself took over the guitar duties of the new ensemble", opens Johannes Mäkinen."Before long drummer Jiri Vanhatalo and keyboardist Miska Ek joined our relentless mob. Finding an expressive and powerful singer was a bit more challenging but luckily Okko Solanterä was eventually found through mutual friends. When bassist Jukka Haarala finally got on board, all the necessary parts of the puzzle had found their places... And as you might guess, we no longer wasted time but lifted a storm off the horizon!"

The debut album "After the Storm" was unleashed when the northern winds choked Horizon Ignited's hometown of Kouvola in early 2019."We’re still proud of the first record − it represents those times rather well − even though the band has progressed tremendously since then", nods Mäkinen. "Considering "After the Storm" was a completely self-published album where everything was done without any external help, the success of the record for example on Spotify surprised us completely. We literally climbed from zero to nearly one hundred thousand monthly listeners within a very short period of time!"

Horizon Ignited's diverse class of act − captivating and guitar-driven melodic death metal flavored with catchy metalcore elements among others − also caught the attention of renowned German record label Nuclear Blast. "Things started rolling when we started co-operation with Hard Impact Management. A bit later they were in contact with a representative of Nuclear Blast, and... Well, the rest is a heavy metal history, as they say."

The history of heavy metal is indeed being made here, and that slaying work of art is called "Towards the Dying Lands". It is Horizon Ignited’s second full-length assault − an unprecedented musical journey through deep valleys, high hills and dark forests."We wrote and recorded "Towards the Dying Lands" exactly on our own schedule, and there was no hurry of any kind. The goal, of course, was to manufacture a dynamic album of the highest quality modern metal possible, both in terms of composing and production", says the guitarist.

"And of course in terms of lyrics ... Horizon Ignited's lyrics are really widespread. Some stories are based on harsh reality − suicidal thoughts, agonising depression and so on −, while some other songs reflect fictional stories from epic movies or mythological books. Social and religious criticism is also involved."

As for Horizon Ignited's new album as a whole, there is no need to quell the flood of praise. Shall we start for example with crushing riffs, insightful melodies, dynamic production or something else? "The album's title track was born at the beginning of the process, and it underlined to us that something great was looming under the surface. This rather contagious song, which is also the first single, gives some serious hints about what's in store for the rest of the album", states Mäkinen.

What is the biggest goal of the band?

"Take new steps and keep ourselves hungry all the time... Just as an example: later this year, we will be supporting mighty Hypocrisy and The Agonist on a major European tour, but maybe we will head out as headliners one day?""Why should targets be left too low? Hell no! So let’s just say Horizon Ignited would like to be the first band to perform on the surface of the moon... Hah hah!"