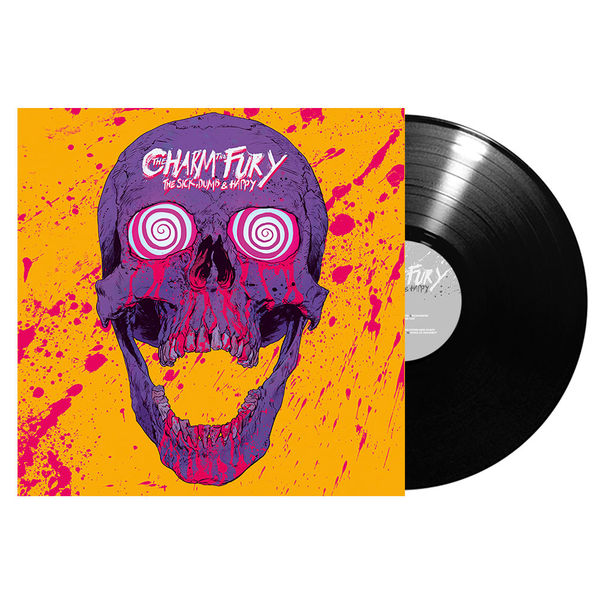 The Charm The Fury

Four years on from their 2013 debut, THE CHARM THE FURY have upped their game. An angry record driven by a collective distaste for the state of the planet in the 21st century, underpinned by ferocious intelligence and a heartfelt desire to wake people out of their smartphone stupors, ‘The Sick, Dumb And Happy’ is sure to bring a new fire to the metal world.

This new album is a startling slab of ultra-modern but utterly distinctive metal that shrewdly and honestly redefines what THE CHARM THE FURY are all about. Showing a range from melodic and intimate singing, to full-force guttural screaming, singer Caroline Westendorp seeks to demonstrate that a female metal vocalist can be much more than a marketing tool to please the masses. Fittingly, her band mates have clicked into a higher gear and provide the singer with the most vibrant, vicious and joyously metallic of backdrops.

“People don’t listen to metal music to hear this big glossy pop thing, they listen to it because they’re sick of that and they want something different,” says drummer Mathijs Tieken. “So we stripped everything down to the core and worked super hard on that core”

Powered by thunderous grooves and laced with incisive melodies, the vicious opener ‘Down On The Ropes’ and scabrous mosh-metal assault ‘Weaponized’ harness the seminal magic of PANTERA and SLIPKNOT and turn it into an invigorating new musical mutation that slams, slays and grips with gleaming hooks. Meanwhile, darker and moodier material like the introspective ‘Blood And Salt’ and the menacing, syncopated riff-riot of ‘The Hell In Me’ take the band into even more idiosyncratic territory, while melodramatic turbo-ballad ‘Silent War’ affirms their elegant mastery of big choruses and emotional oomph. On a lyrical level, ‘The Sick, Dumb And Happy’ brims with mesmerising cautionary tales of self-destruction, the horrors of war and the spread of corruption through the political and financial worlds.

“It’s also about the media and how they spoon feed us glamour and celebrity and we’re all content so we don’t look outwards and see the corruption in the banks or the war in Syria or whatever it might be. We’re only interested in ourselves and we’ve become really dumb people,” singer Caroline Westendorp says. “It’s all self-destruction of the mind and the body, and of the entire world we live in.“

“The traditional media only gives you half the big picture, at best, and then you have social media doing the exact same thing,” Mathijs agrees. “There’s no escaping it.”

Having established themselves as one of the most promising new metal bands in Europe, the Dutch quintet are determined to make this album count.“There’s a lot of risk involved in doing something like this, but we put a lot of sweat, tears and anti-depressants into this album,” Mathijs concludes. “We worked our asses off in so many ways to get to this point. We just want to be able to focus all our attention on music and touring. You have to work hard and take risks and do whatever it takes to make it happen.”  The critical moment has arrived: THE CHARM THE FURY are armed, ready and hungry for the next big push. When ‘The Sick, Dumb And Happy’ explodes in 2017, the smart money is on these diehard noisemakers claiming their rightful place among the new metal elite. They have the songs, the determination and the charisma to make it happen. Bet against them at your peril.

More products from The Charm The Fury 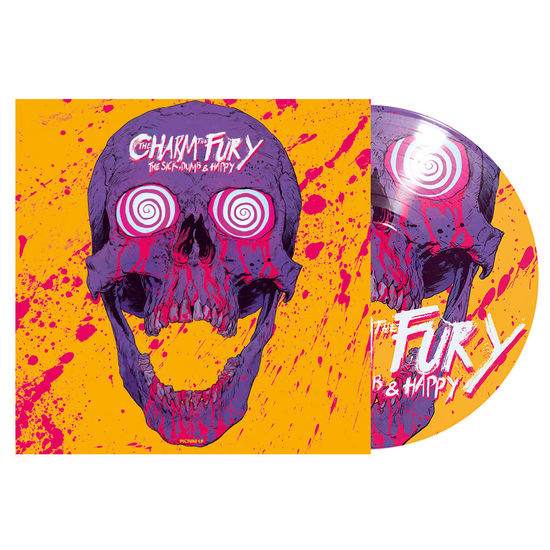