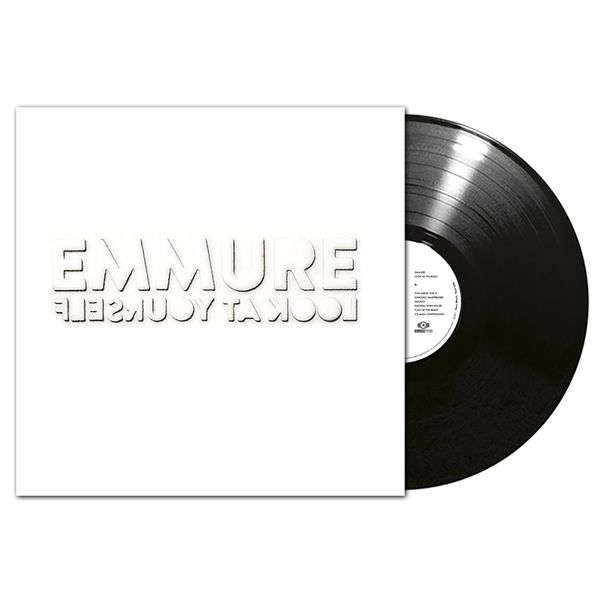 Emmure capture the sound and spirit of what it’s like to fight for one’s vision. There’s no feigned sophistication, no phoned-in sloganeering and no calculated drama with Emmure. This is barebones punishing death metal-flavoured metallic hardcore driven by the catchiest rhythmic bounce of Active Rock radio’s golden age of nü-metal.

Frontman Frankie Palmeri has no patience left for gossip, rumours, or half-truths. It really doesn’t matter what gets said about the band, the frontman has led through good times and bad, because the music of Emmure presents a swift, decisive answer. Since 2003 the Queens, New York native has watched Emmure grow from an idea into an international institution. New album ‘Look At Yourself’ represents a coming of age for Emmure, a new chapter in an aggressive autobiography that stretches back to the band’s very first album, released when Palmeri was barely out of his teens.

Like the firebrand rabble-rousers from the gritty streets of New York’s hardcore and hip hop scenes who came before them, Emmure’s confrontational music will captivate and sometimes even elevate listeners without sacrificing authenticity. Emmure are students of the mind-blowing percussive chaos of Slipknot, the hard-won personalized musical struggle at the heart of Korn and the angry pop-crossover confidence of Limp Bizkit.

‘You Asked For It’, ‘Derelict’, ‘Torch’ and the rest of the tracks on ‘Look At Yourself’ are anthems ready-made for the downtrodden, neglected and the cast aside; the people unfairly counted out ready to roar back.

The band’s moniker is a reference to a particularly brutal form of execution known as ‘immurement’, where a person was imprisoned behind walls with no exit and simply left to die. Yet Emmure have defied all death sentences, whether imposed from without or within. Most recently, when every member of the previous line up left Palmeri on his own, the singer was quickly back to work with guitarist Joshua Travis, unveiling a brand new incarnation of the celebrated band onstage in Europe in the Spring of 2016.

Armed with the songwriting and performance chops he honed in the bands Glass Cloud and The Tony Danza Tapdance Extravaganza, Travis brought a shot of adrenaline into the Emmure fold when he and Palmeri tapped into their musical and personal chemistry. Travis played with bassist Phil Lockett and drummer Josh Miller before, in The Tony Danza Tapdance Extravaganza and Glass Cloud respectively, so each component of Emmure’s strongest incarnation is locked in perfect metallic sync.