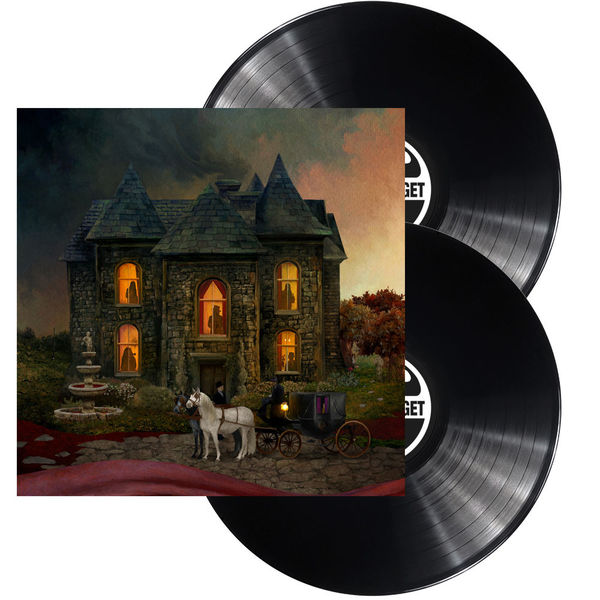 "Sweden’s Opeth are preparing to release their most important record to date with “In Cauda Venenum”. Certainly, fans and critics will have their opinion, but few records in the Swedes’ oeuvre are as engaging, delicate, panoramic, intense, and musical as Opeth’s lucky thirteenth. Sporting a clever Travis Smith cover—replete with inside jokes and a nod to King Diamond—a masterful Park Studios (The Hellacopters, Graveyard) production, Opeth’s usual five-star musicianship, and lyrics entirely in Swedish, “In Cauda Venenum” raises the bar markedly. While a record in Swedish is a first—there’s also an English version—for frontman and founding member Mikael Åkerfeldt, the 10 songs on offer feel and sound completely natural. As if years of listening to and being a fan of Swedish rock and hard rock has paid off. In a way, Opeth have come home. But the Swedish lyrics of the primary edition of “In Cauda Venenum” shouldn’t distract from the quality presented in Opeth’s new songs, the lot of which sneak up and take control after repeated listens. “In Cauda Venenum” is like that, tricky in its complicated simplicity, resourceful in its ability to charm with delightful if wistful melodies. Really, it’s just Opeth being Opeth.

“This is me,” Åkerfeldt says. “This is Opeth. I think by now fans will recognize—at least I hope they do—my writing style, our sound, what we do as a band. There are a lot of surprises on “In Cauda Venenum”, from the strings and Swedish samples to Fredrik’s [Åkesson] solos and the Swedish lyrics. But I knew I wanted a Latin title early on. I wanted a Latin title that would work for both versions. I didn’t want a Swedish title for the Swedish version and an English title for the English version. Since the death metal days of Opeth, I’ve always wanted a Latin title. Nothing ever worked. We had one Latin titled song on the first record though, “Requiem,” the instrumental. I’ve always wanted something like that but it turned out harder than I thought when coming up with a title. With Latin, it can mean something really cool but look like shit or be very difficult to read. I couldn’t find a source for “In Cauda Venenum”. I thought, “Well, that looks cool.” I remember Travis and I were working on the cover. We had this little insect, a scorpion, with the five heads of the band members. So, when I came across the phrase ‘In Cauda Venenum”,’ I thought, ‘Well, that’s weird. Here we have a scorpion and ‘“In Cauda Venenum”’ can relate to scorpions. Besides being a cool phrase, it works with the artwork, and the lyrics. In many ways, the stars aligned with the title.”

“In Cauda Venenum” was written surreptitiously by Åkerfeldt when he was scheduled for sabbatical after the “Sorceress” record cycle. Tired of Gantt charts, milestones, and other Project Management Office essentials presented by management, he told his handlers it was high time for break from Opeth and its many and varied responsibilities. They complied. Almost immediately, however, Åkerfeldt was holed up in his studio, Junkmail, writing music by himself without pressure or influence. Ultimately, the Opeth songman wanted a return to the old days—think “Orchid” through “Blackwater Park”—when writing music was a creative endeavor not a factor in the business equation of being in a full-time, internationally recognized band. Described as more fun than spadework, the writing sessions were eventually exposed to the rest of the band and management. They were into Åkerfeldt’s newest creations but before anyone had a word in edgewise, “In Cauda Venenum” was, more or less, in the proverbial bag. The only thing that remained the same was Åkerfeldt writing and performing in his aging studio.

The idea to craft “In Cauda Venenum” entirely in Swedish originated while Åkerfeldt was driving his kids to school. He challenged the concept, weighed the risks and rewards, and ultimately came away with the direction he needed: Opeth’s next record would be entirely in Swedish. Precedent, after all, had been established. The special edition of 2008’s Watershed included a cover rendition of Swedish singer Marie Fredriksson’s “Den Ständiga Resan,” on which sings Åkerfeldt sings in Swedish. Then again, an entire Opeth record in Swedish was not only a first-time event, but a brave marketing move to single out the band’s predominantly English-only fanbase and indeed, all but two countries—Sweden and Finland—do not speak, read, and understand Swedish. Undeterred, Åkerfeldt continued on, writing the scenic “Ingen Sanning Ärallas” (“Universal Truth”) first. The rest of “In Cauda Venenum”, in Swedish, came as smoothly as a glass of glögg down the gullet. That an English version awaited was a no-brainer.

Originally slated to be recorded at Ghost Ward Recordings with producer/engineer David Castillo, Opeth opted for Park Studios with Stefan Boman instead. Nestled on a quiet backstreet in a nondescript neighborhood south of Stockholm, Park Studios was built in the 1970s by blues rock guru Acke Gårdebäck (of Acke & Gurra fame). While the studio has changed owners several times—now co-owned by Boman—it has retained its shag carpet and platform shoes allure by offering a bevy of original old-school recording tools, the very kind used on some of Åkerfeldt most cherished records. Plus, as it turns out Boman is of the same vision as the Opeth frontman when it comes to gear. Recordings for “In Cauda Venenum” commenced in November 2018 with Boman engineering and co-producing with Åkerfeldt. The production team started first with the drums, rhythm guitars, acoustic guitars, bass, and then tailed off the tracking with guitars, keyboards, lead guitars, and additional vocals. By Christmastide, Phase I of “In Cauda Venenum” was complete.

Where Opeth go from here, it’s on tour in support of “In Cauda Venenum”. The previous touring cycle for Sorceress was two-years, so expectations for the Swedes ring the world into 2021, where they’ll play “Svekets Prins” (“Dignity”), “Hjärtat Vet Vad Handen Gör” (“Heart in Hand”), “Ingen Sanning Ärallas” (“Universal Truth”), “Banemannen” (“The Garroter”), and “Kontinuerlig Drift” (“Continuum”), are high. Clearly, once the bi-lingual brilliance of “In Cauda Venenum” is released, Opeth’s dedicated fanbase will be eager to hear, absorb, and experience the record in the flesh. As for what Åkerfeldt wants from his ardent followers is for them to appreciate the latest Opeth chapter in the same way they have 1996’s “Morningrise”, 2003’s “Damnation”, and 2014’s “Pale Communion”.

"Of course, I want everybody to love everything that we do,” Åkerfeldt says. “But it’s secondary to me. I can’t control that, and I don’t want to. I really don’t know what they’ll think about it. I don’t know how people listen to music these days. I don’t know how people feel about it music. I know how I listen to music. I provide the time to listen to music. I make time for music. I’m not doing something else while music is playing. I’d like everybody to focus on the new record. That’s no different from the Opeth records. I’ve always wanted people to focus on our music; not treat it as background music for daily chores, white noise, or whatever. If you want to get into this record, I’m hoping you’ll find, by our standards, something different.” 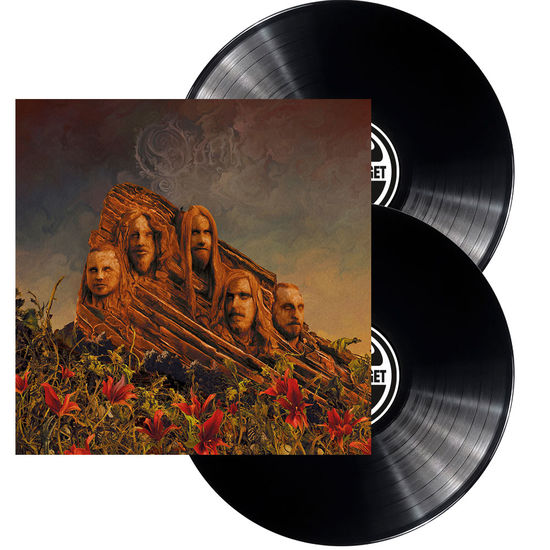 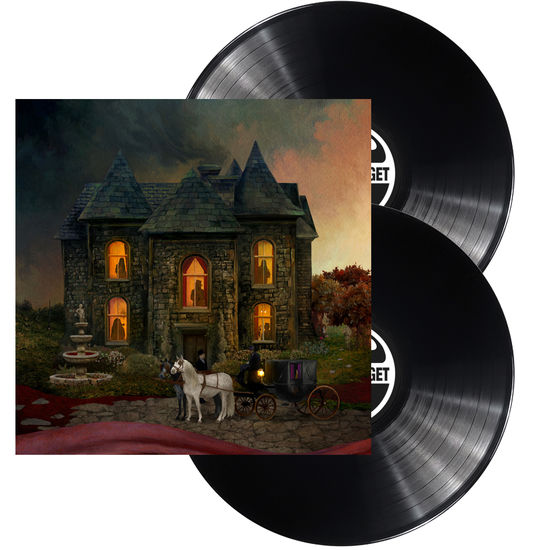 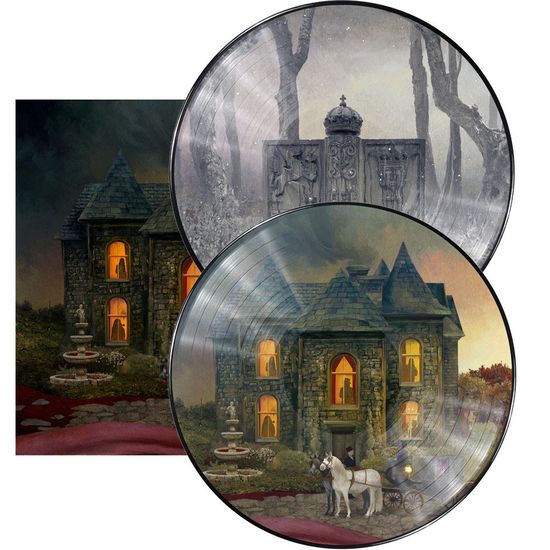