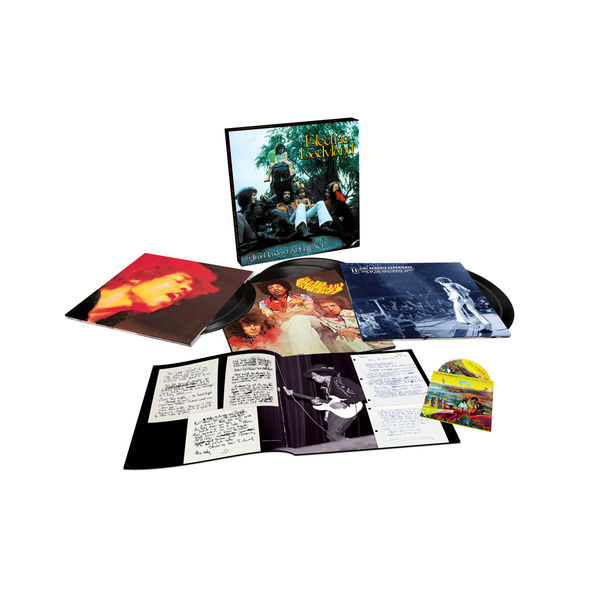 The original album, now newly remastered by Bernie Grundman from the original analog tapes. For the LP set, Grundman prepared an all analog direct to disc vinyl transfer of the album, preserving the authenticity.

Jimi Hendrix Experience: Live At the Hollywood Bowl 9/14/68: Part of Experience Hendrix’s Dagger Records official bootleg series, this live album documents their triumphant Los Angeles concert held a few weeks before Electric Ladyland was released. The recently discovered two-track soundboard recording captures the energy that had the audience in such a frenzy that many concert goers jumped into the reflecting pool that separated the bandstand from the seats.

Blu-Ray: includes the acclaimed full-length documentary At Last… The Beginning: The Making of Electric Ladyland, the first ever 5.1 surround sound mix of the original album overseen by Hendrix’s original engineer Eddie Kramer plus the original stereo mixes in uncompressed 24 bit/96 kz high resolution audio. NOTE: unfortunately due to unforeseen circumstances the documentary will not have translated subtitles.

All contained in a numbered luxe casemade book for CD+Blu-Ray release and casemade lifttop box for the LP+Blu-Ray release with new cover art which is true to Hendrix’s original vision of the album’s cover: a Linda (McCartney) Eastman photograph of the band and children at the statue of Alice In Wonderland in New York’s Central Park.

Electric Ladyland – original album remixed by Eddie Kramer and remastered by Bernie Grundman
Side A
1. … And the Gods Made Love
2. Have You Ever Been (To Electric Ladyland)
3. Crosstown Traffic
4. Voodoo Chile

Side B
1. Little Miss Strange
2. Long Hot Summer Night
3. Come On (Part I)
4. Gypsy Eyes
5. Burning of the Midnight Lamp

At Last…The Beginning: The Making of Electric Ladyland: The Early Takes
Side A
1. 1983…(A Merman I Should Turn To Be)
2. Voodoo Chile
3. Cherokee Mist
4. Hear My Train A Comin’

Plus:
At Last… The Beginning: The Making of Electric Ladyland documentary 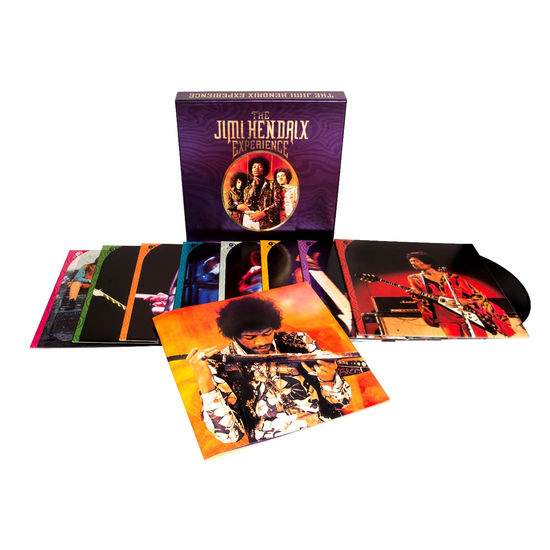