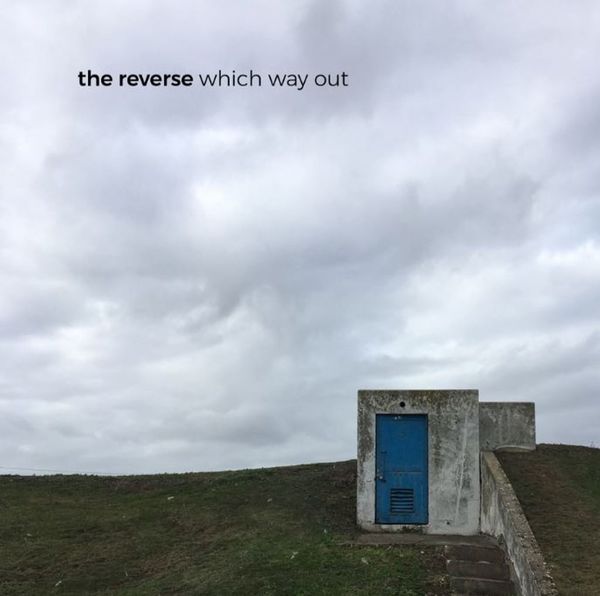 Which Way Out: Exclusive Signed Vinyl

The Reverse are Nathan Loughran- guitar/vocals, Sam Hartley- guitar, Teresa Kelly- bass guitar/vocals/piano, Jason Moran- drums. The Reverse is a North London guitar band making an urgent and literate style of indie-rock that’s been likened to “Belle and Sebastian meets Pulp meets Lloyd Cole”. There’s a dark and twisted nod to Britpop’s more irreverently humoured acts such as David Devant & His Spirit Wife and The Auteurs, mixed with a hint of post-punk in The Reverse’s Wire-esque chugging guitar riffs, laced with a touch of the gothic, and a sprinkling of alt-folk. The Reverse’s forthcoming album is described by the band as an album influenced by “the personal and the political with more than a little darkness but also plenty of humour.” Recorded as the band performed together, to capture the essence of their live sets, Which Way Out moves through energetic rock songs to more delicate acoustic laments, offering nuanced tone shifts through emotional and stylistic ranges. Frontman and lyricist Nathan Loughran’s delivery veers from anger and sarcasm to vulnerability and compassion, unsurprising with influences including iconic purveyors of the raw and laid bare truth, such as Leonard Cohen and Bob Dylan. Which Way Out opens with the fury of the reverb drenched and darkly caustic track ‘Crush My Chest With Your Hate’, which laments a culture of hate and envy that has led to the dehumanisation of refugees, and the disturbing rise of the far-right. Whilst the sardonic ‘Nobody Likes You, Everybody Hates You’ explores all that divides us in increasingly binary terms, with a deliciously darkly humoured swipe at everyone from The Sun newspaper through to Jeremy Kyle. ‘Abstract Heart’ is another heavier rock-edged track, to a backdrop of chugging Wire-esque riffs the anti-love song celebrates the broken people destroyed by the less-than-perfect reality of the romantic dream. Elsewhere on the album there’s hints of classic observational song-writing, with ‘Nothing on Telly’ offering a kind of kitchen sink storytelling realism worthy of Pulp. Whilst tracks like ‘Kill Us All’ recall the aforementioned David Devant & His Spirit Wife and The Auteurs with its tongue in cheek misanthropy (“You seem nice, you talk a lot but I don’t need new friends when I hate the ones I’ve got” – Kill Us All). Then there are more fragile and naked moments such as ‘A Vague Arrangement’ and ‘Skimming Stones’, both take Loughran’s laid-bare honesty that runs through the veins of Which Way Out but laced with a gentler, more compassionate touch, aided on the former track by the introduction of Teresa Kelly’s delicate and moving vocal. The songs explore the vulnerability of falling in love and the fragility of the human existence. They offer up a more vulnerable side to The Reverse, proving Which Way Out to be an album of many nuances. The Reverse have previously performed at festivals such as The Great Escape and supported the likes of The Wave Pictures and Billy Bragg. In 2019 they performed at Standon Calling alongside IDLES and Echo & The Bunnymen and signed a deal with Blang Records. The same year they began sharing tracks from forthcoming album Which Way Out including the aforementioned ‘Nobody Likes You, Everybody Hates You’, ‘Nothing on Telly’ and ‘Abstract Heart’, with the latter making it into DJ Gary Crowley’s top songs of the year, leading to The Reverse recording a session for BBC Radio London, followed by a session for Dexter Bentley on Resonance FM.