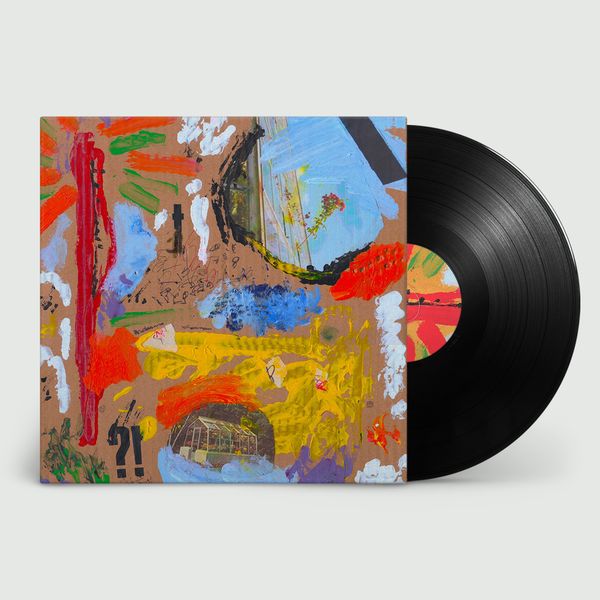 For fans of: The Velvet Underground, Silverbacks

Original release: 29 May 2020 Format: Signed Black Vinyl LP, CD - exclusive edition of 50
Those in glass houses shouldn’t throw stones, but The Cool Greenhouse are about to shatter glass ceilings with their self-titled debut LP. Having caused a stir on the underground DIY label circuit with their inimitable, infectious brand of lo-fi post-punk in 2019, The Cool Greenhouse’s debut album shows off a newly developed, fuller sound, taking their signature style to previously unexplored heights while doubling down on their tried and tested formula of angular motoric riffs and no holds barred biting social commentary. The muffled 16-bit drum loops have been replaced with a full kit, the nonchalant vocal delivery has found a new edge and the sparse instrumentation has been augmented by the band’s finally agreeing to leave their bedrooms and enter the studio, yielding a fully-realised vision with fresh clarity and depth that makes their earlier recordings seem like mere blueprints. A large part of what makes this a winning formula is frontman Tom Greenhouse’s way with words. Frequently topical and clearly political in some sense, Greenhouse’s lyrics side-step the on-the-nose delivery of traditional yawn-inducing political rock in favour of a strange idiosyncratic blend of pop culture snippets, patchwork narratives and oblique literary references. Bursting with humour and irony, the album deftly meanders from Rotary Club jumble sales to Margaret Thatcher’s living room to futuristic voyages into musical VR, taking aim at the gammon classes, rural conservatism and a host of other late-capitalist absurdities with razor-sharp wit along the way.