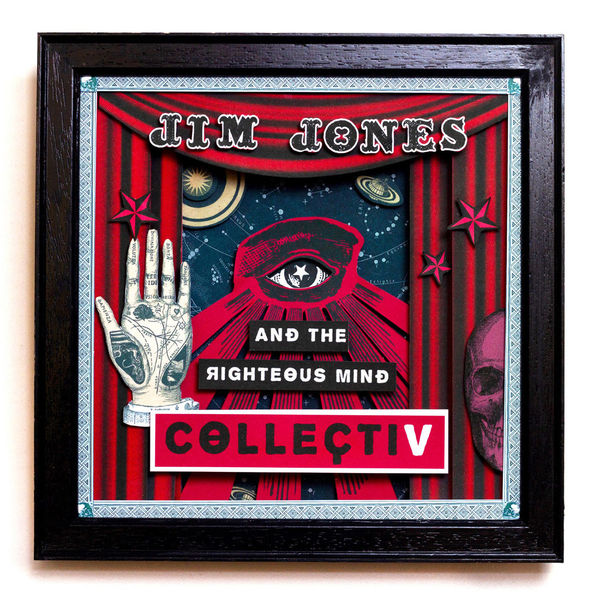 Jim Jones and the Righteous Mind

“Jim Jones & The Righteous Mind dish out fistfuls of dirty rock’n’roll with a side order of voodoo and psych” – Uncut “Jim Jones & The Righteous Mind ramps up the raunch with whisky-soured hellaciousness to spare"" – Classic Rock “With his latest incarnation a hefty dose of voodoo has been stirred into the pot of Jones’ own particular sonic gumbo, and it’s a heady brew.” – The Arts Desk

Hot on the heels of 2018’s successful reunion with garage-psych testifiers Thee Hypnotics, singer/guitarist Jim Jones returns to give 2019 the kick-start that it so urgently needs with his current band, Jim Jones & The Righteous Mind, and the release of their incendiary second album, CollectiV.

Jim Jones & The Righteous Mind’s debut album, Super Natural, was rightly showered by the kind of hosannas most bands merely dare dream of, while their legendarily highly-charged live shows have left audiences breathless across the UK and Europe.

Often found in the thick of the action, Jim Jones has worked his mojo through memorable performances on Later with Jools Holland and Late Night with David Letterman, as well recording radio sessions for the likes of the BBC’s late, great John Peel, and Marc Riley. A seasoned veteran of the road, he’s shared bills with The Stooges, Jack White, The Cult, The Cramps and Grinderman and many more. And he’s also spread the gospel of rock’n’roll with his own shows on 6 Music and Boogaloo Radio. A rock’n’roll singer and guitarist of rare distinction, Jim Jones is a raconteur with one hell of a story to tell. You should hear it.