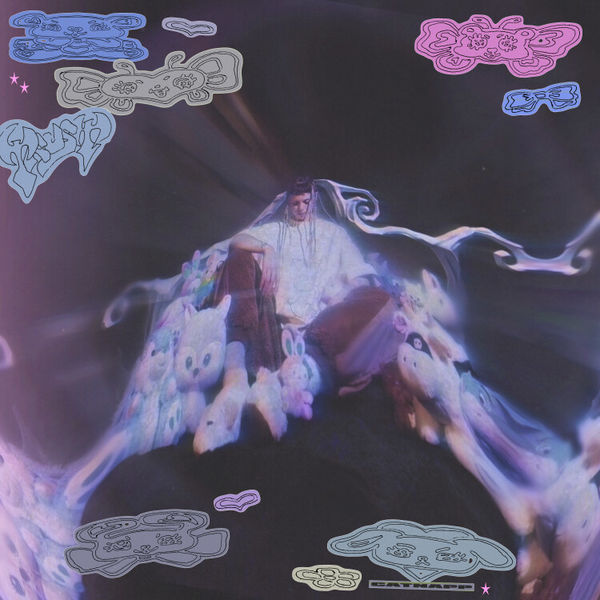 Trust is a testament to resilience. The past two years have been tough for just about everyone, and while it would have been easy for Catnapp to let feelings of despair soak into her creative process, she refused to succumb to darkness. The Berlin-based Argentinian was determined to make something bright, energetic and uplifting, and nothing—not even a global catastrophe—was going to stop her from rallying people to the dancefloor.

Her new LP is loaded with futuristic pop hooks, yet Trust offers so much more than a simple sugar rush. This a record that defiantly smashes through genre boundaries, hoovering up high-octane bits of hip-hop, R&B, rave and even numetal along the way. Catnapp—an accomplished shapeshifter who’s never been afraid to get weird—is just as comfortable throwing down brash rhymes as she is singing dreamy ballads or unleashing a primal scream, and on Trust, all of those things (and more) frequently happen within the confines of a single song. Call it hyperpop if you must, but pop concentrate might be a more accurate term.

Modeselektor—whose similarly mischievous, genre-hopping exploits are well documented at this point—provided creative guidance and lent a hand in the album’s production, but they aren’t the only guests on Trust. Catnapp’s little brother Wilo does his best Linkin Park impression (and constructed the beat) on “Br34th3,” and fellow Argentinian Methone cooked up the glimmering melodies of album opener “Need This.” French trance/breakbeat/pop specialist Aamourocean contributes some technicolor wizardry to “Stay Unsaved,” while American rapper John Debt provides a little satire, taking on the persona of a cringeworthy music industry phony for the hilarious skit “Skukinunu.” O.L.I.V.I.A. (another Argentinian) helps to close out the album, seductively crooning on the Spanish-language “Despierta,” a song where Catnapp sets aside one of her personal fears and sings in her native tongue for the first time in years.

Trust does border on overload, but again, that’s by design. The LP arrives at a time when attention spans are short, interruptions are constant, multi-tasking has become routine and practically the entire history of music is now accessible at the push of the button. Modern life is hectic, and Trust plays out accordingly, transporting into the fractured headspace of someone who’s listening on headphones as they go about their day. It’s a lot to take in, but thanks to Catnapp and her multifaceted musical prowess, Trust feels more like a high-powered energy boost than another item for the to-do list.