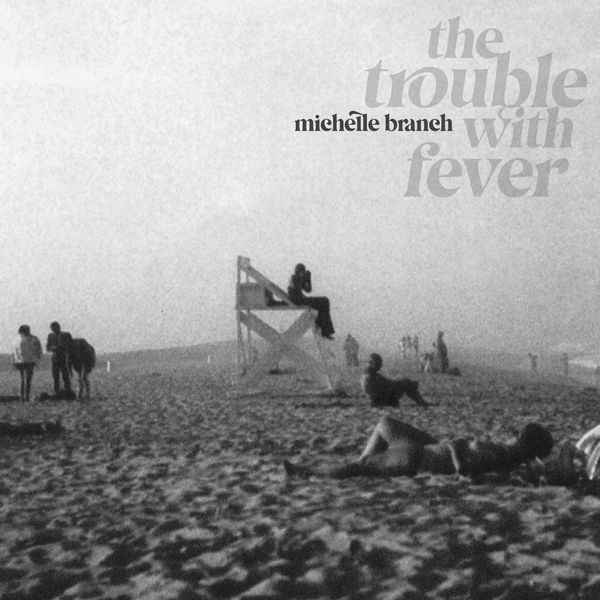 The Trouble With Fever: LP

Grammy Award-winning and multi-Platinum selling singer-songwriter Michelle Branch has announced her new album The Trouble With Fever, on Audio Eagle/Nonesuch Records/Warner Records. The album's first single is ‘I'm A Man’.

“I wrote the chorus of ‘I’m A Man’ long before the verses. It started as an empathetic view towards men struggling to find a new way to navigate in a post-‘Me Too’ world of toxic masculinity,” says Branch. “Having a son made me think of how men are taught to be from a young age and the pressures to provide and succeed and this sort of burden to be seen as macho. But you can’t tell that story with just one side of the coin because as I was trying to paint a sympathetic view it just seemed completely minuscule and ridiculous in comparison to the struggles that women have been dealing with, really, since Eve bit the apple. Why are nearly all mass shooters male? Why do I need my husband’s written permission in 2022 to get my tubes tied? Why do American women have fewer reproductive rights than our grandmothers? Why don’t we get paid as much as men? Why do I have to teach my daughters not to walk alone at night? And so on and so on. Yet we carry on with grit and grace like we always have because we have no other choice.”

Created during the pandemic lockdown, The Trouble With Fever, co-produced with her husband, Patrick Carney (The Black Keys), is Branch's fourth solo album and follows her critically acclaimed 2017 album, Hopeless Romantic. The time at home gave Branch the opportunity to stretch herself creatively. She says: "The album began during the 2020 lockdown, while Patrick and I were here at home in Nashville. I didn’t realize I was making a record at first — it was more just for our own sanity, getting time together to play music and screw around in the studio.”

Branch kicks off her The Trouble With Fever Tour on September 12 in Nashville with dates in New York and Los Angeles, among others. International tour dates to be announced soon.

Michelle Branch was seventeen years old when she signed to Madonna’s Maverick Records. In 2001, she released her highly acclaimed debut album, The Spirit Room, which featured the hit singles ‘Everywhere’ (MTV Video Music Award Viewer's Choice winner), ‘All You Wanted’ and ‘Goodbye to You’, and ushered in a new era of young women writing and performing their own songs. The album went on to sell three million copies worldwide, and was certified double-Platinum in the US, Platinum in Japan, Gold in Australia and Canada, and Silver in the UK, among others. Branch won a Grammy Award for her 2002 collaboration with Carlos Santana, ‘The Game of Love’, which peaked at #5 on Billboard’s Hot 100, #1 on the Billboard Adult Contemporary chart, and was a major international hit. Her second album, 2003’s Hotel Paper, debuted at #2 on the US Billboard album chart and was a top 10 hit around world. Certified Platinum in the US, and Gold in Australia, Canada and Japan, it spawned the hit single ‘Are You Happy Now?’, which was nominated for a Grammy for Best Female Rock Performance (she was also nominated for Best New Artist). In 2006, Branch found success with Jessica Harp as modern-country duo The Wreckers, whose debut Stand Still, Look Pretty was praised by critics for breaking down barriers between pop and country. The Gold-certified album included the hit single ‘Leave the Pieces’, which topped the Hot Country Songs chart for several weeks, and earned Branch her fourth Grammy nomination, as well as ‘My Oh My’ and ‘Tennessee’. In 2017, Branch released her critically acclaimed fourth album, Hopeless Romantic (Verve), co-produced with her husband Patrick Carney (The Black Keys). Paste said of it, ‘Sprinkled with gorgeous, transparent and colorful synths, Hopeless Romantic casts Branch as a newly matured lover and songwriter and is indeed likely to succeed at satisfying diehards and welcoming in new devotees.’