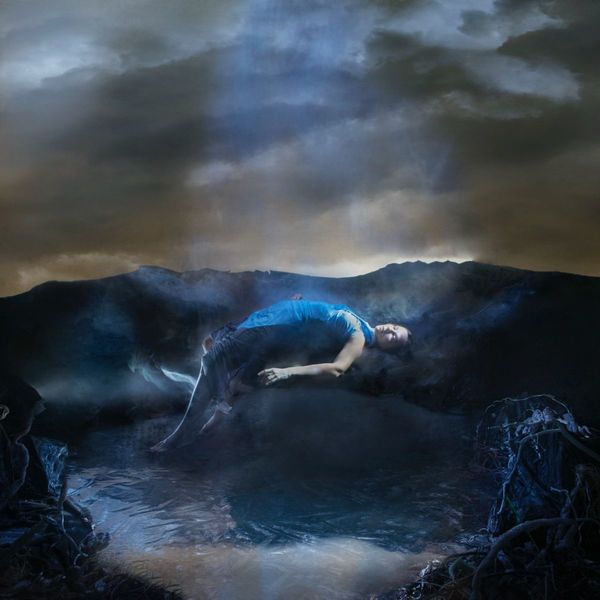 The musical vortexes of Caterina Barbieri rewire time and space. Listening to the Italian composer and modular synth virtuoso has felt like traveling at light-speed and slow-motion all at once since 2017’s breakthrough doublealbum Patterns Of Consciousness. 2019’s acclaimed Ecstatic Computation pushed even further with the lead single “Fantas”, where a haunting melody hurtling towards its supernova climax felt like witnessing the life and death of a burning star. Far beyond any new age trope or modern synth trend, her music stands alone in its ecstatic intensity and cataclysmic emotional impact. Marking the debut album on her new label light-years, Barbieri now delivers her most profound work yet — a journey through inner-space as vast as a universe and as intimate as a heartbeat. The Spirit Exit opens and we fall in.

Spirit Exit is Caterina Barbieri’s time machine, primarily composed with a modular synth rig she thinks of more like a mechanical fortune teller. Whereas previous releases were constructed on lengthy tours, capturing only snapshots of continually evolving works, Spirit Exit represents the producer’s first album fully written and recorded in her home studio amidst Milan’s two-month pandemic lockdown in 2020. It was during this extended isolation she found inspiration from female philosophers, mystics and poets spread across time, but united in their strength at cultivating vast internal worlds. St. Teresa D’Avila’s foundational 16th century mystical text The Interior Castle, philosopher Rosi Braidotti’s posthuman theories and the metaphysical poetry of Emily Dickinson act as thematic anchors throughout Spirit Exit, imbuing a life and death gravity into the composer’s most perception-altering music to date.

More than any release before it, Spirit Exit crystallizes Barbieri’s densely layered, blindingly bright synth arrangements while introducing stunning new elements that feel as if they’ve always belonged. Strings and guitar flawlessly thread into the composer’s web of modular patches, while her revelatory singing voice often cuts right through them. Melodies remain Barbieri’s great passion and obsession — she thinks of them as knots she’s trying to untangle, existential metaphors formed through tensely spiraling arpeggios — and on Spirit Exit they grow as large as planets before cracking into atoms. Parts of one song can haunt another. The synth progression unraveling through “Knot Of Spirit” is reborn on “Broken Melody”, an explosive peak with vocals that flash like a lightning storm. The sweeping “At Your Gamut” perfects the producer’s dramatic, slow-burning openers, but in her first ever use of sampling, it later gets crushed, accelerated and unrecognizably transformed into the ghostly hook surging through “Terminal Clock” — an otherworldly sound rushing across what feels like the artist’s first track for a dancefloor.

Caterina Barbieri’s music has always transported listeners, its perpetual movement achieved through complexities that needn’t be solved, but simply felt. Spirit Exit articulates that endless ascension — destination unknown, resolution always just out of reach — with a newfound humanity. It’s the result of a one-of-a-kind artist deeply reflecting on what music means to them, only to return with an even greater understanding of what it can be. As the album closes on “The Landscape Listens” — a song that approaches death with all the gentle grace of Brian Eno’s “An Ending (Ascent)” — it brings to mind the full line of Emily Dickinson’s poem “There’s a certain slant of light”. “When it comes — the landscape listens / Shadows — hold their breath.” Spirit Exit is a special kind of seance, an album so otherworldly and inexplicably moving it leaves even its ghosts in a stunned silence. 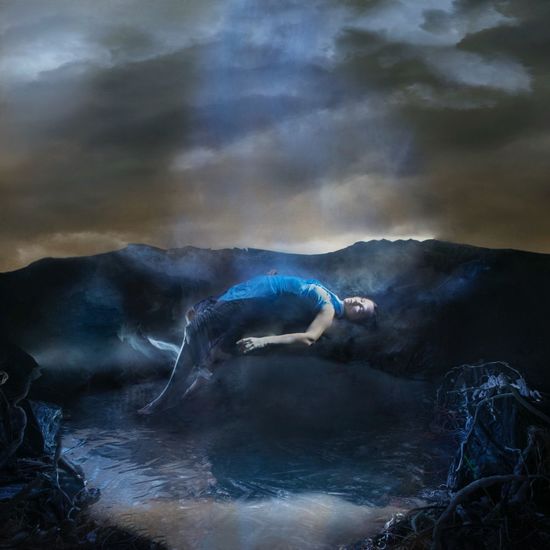