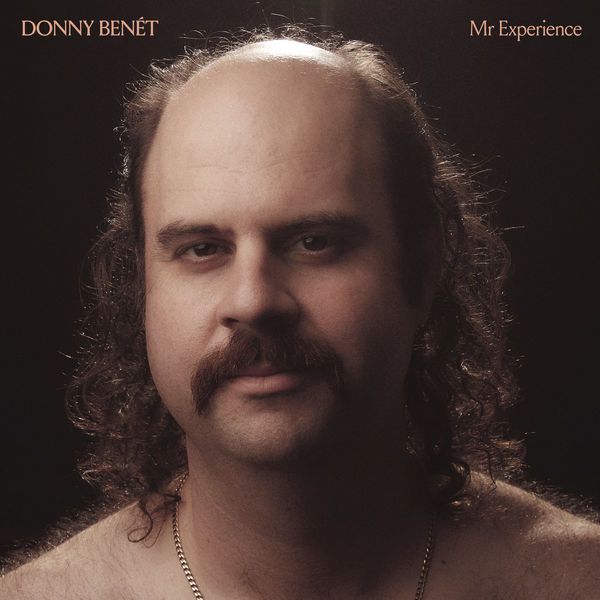 After humble lo-fi beginnings in the Australian art-pop underground, Donny Benét has expanded his cult-like following across the globe with a resonant array of danceable repertoire dealing with love and affection.

New album Mr Experience marks a new chapter, informed by a wealth of musical and personal development. For Mr Experience, Donny envisioned a soundtrack to a dinner party set in the late 1980s. While his earlier recordings drew inspiration from DIY pop conspirators such as Ariel Pink and John Maus, Donny channelled the stylings of Bryan Ferry and Hiroshi Yoshimura as the impetus for new material, evident on the intimacy found on 'Girl Of My Dreams' and its lush production (with a soothing whistlealong chorus for good measure).

Sincerity has been a key component of Donny Benét's output since the beginning. His songs deal with genuine emotion served on a kitsch platter. An alter- ego manifested in the beginning of the 2010s, Donny has blurred the lines of artifice to create a back catalogue that can embrace and challenge – often simultaneously - the notion of irony in art.

Mr Experience moves further away from ironic notions as Donny explores lyrical and musical themes which embody observations of maturation in his audience, his tightknit musical community, and himself. While 'mature' is a term that often rings hollow as an album descriptor, the term couldn't be more apt for Mr Experience.

Previous album The Don was created with the luxury of time. The phenomenal response to that album across Europe and the United States – fuelled by accompanying music videos clocking in views in the millions – meant that there were scant windows of opportunity to write and record a follow-up. To stave off the growing possibility that The Don would be his final album, Donny had to recalibrate and shake off the worry that he had painted himself into a corner, on top of navigating the practicalities of recording while fulfilling the demand for live performances internationally and at home.

With a legacy in Sydney's music community, working with Sarah Blasko, and tightknit collaborators Jack Ladder and Kirin J Callinan, Donny Benét is accustomed to collaboration on the stage and in the studio (most notably on the 2014 full- length release Weekend At Donny's). For Mr Experience, the process was one of relative seclusion due to globetrotting. Though inspiring musical reference points were gathered from European promoters, the appreciation for sincerity in the US was an indication that Donny was on the right path for what should come next.

The first course of action was to ensure his songwriting was emboldened with a greater sense of purpose, both musically and lyrically. In the formative years of showcasing talent, Donny was confused by the lack of musical chops displayed by his elders. As time went on, he realised his forebears weren't lacking in chops, they were simply more selective in brandishing them. It's that mentality which shapes Mr Experience, created through a process of refinement in an intense two–year period which left around 30 compositions shelved.

The crème de la crème was bottled into Mr Experience, ten tracks chronicling personal and musical growth while retaining an irrepressible charm. Wholesome lead single 'Second Dinner' sets the scene, and the menu, to form a musical bridge from Donny's previous output. The opening title track espouses the benefits of wisdom, a motif which carries into 'Moving Up' and its cavalcade of bass and synth melodies. Speaking of basslines, 'Negroni Summer' is a dizzying showcase of Donny's bottom end chops. There's high impact drama on 'One Night In Paradise', both in instrumentation and tender croon. The multi- course serving leads to the lush instrumental aperitif 'Waterfall (Love Scene)', a track that could set a sensual mood in any '80s action flick. With Mr Experience, Donny Benét serves up new flavours to satisfy even the most refined palates