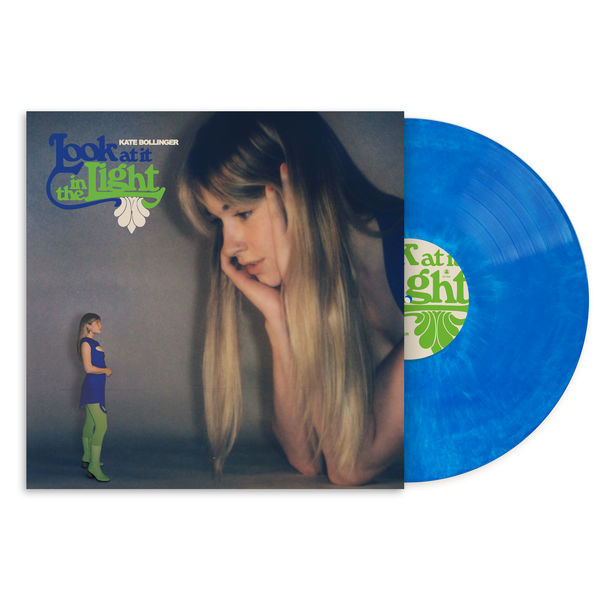 Look At It In The Light: Dark Blue Marble Vinyl LP

Richmond, VA-based artist Kate Bollinger has signed to Ghostly International and released a video for her new single “Yards / Gardens.” Bollinger is currently on tour with Real Estate and will support Faye Webster on tour next year. She has also announced a 2022 European tour and a special hometown headline show in Richmond. All dates below.

“Yards / Gardens” finds Bollinger in full swing, skipping verses of uncertainty above a bright and nimble bassline and kick. Guitarist Chris Lewis weaves throughout, his riffs unravel across the bridge, trailing her lines like ellipses. Written with Trainum and Lewis, “Yards / Gardens” reflects “feeling resistant to change, during a time when it felt like everything was changing,” says Bollinger. Growing up has become a motif in her work, but she’s never sidestepped the concept in quite this way. Here, self-assured and surrounded by vivid production, she leans back in the grass, letting expectations breeze by, reminding herself she’ll tend to things in good time.

"For ‘Yards / Gardens,’ Kate and I wanted to take the sonic spirit of the track and translate its feeling into the video instead of using the direct lyrical meaning,” says the video’s director Mitch deQuilettes. “We wanted to give homage to 60's & 70's films such as Godard's ‘Pierrot Le Fou,’ Melville's ‘Le Circle Rouge’ and Altman's ‘The Long Goodbye.’ It was important to us to keep the piece campy and light, while keeping it grounded in realism."