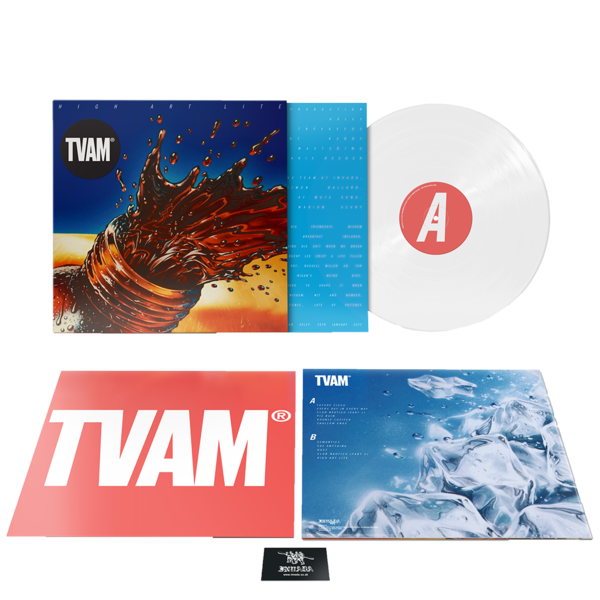 TVAM returns aboard a Starline tourbus, peeping through the privets and leering over the fences of the rich and famous with a suspicious, cynical eye. High Art Lite is his first long-player for Invada Records.

TVAM self-released his much-acclaimed debut Psychic Data in the autumn of 2018, something of a cult-classic, the album joined the dots between Suicide’s deconstructed rock ’n’ roll, Boards of Canada’s irresistible nostalgia and My Bloody Valentine’s infinite noise. Psychic Data spawned an ‘Album Of The Day’ and two daytime playlists at BBC 6Music whilst signature tune ‘PORSCHE MAJEURE’ featured in HBO’s smash-hit ‘Succession’.

Featuring 11 brand new tracks inc. ‘Double Lucifer’, ‘Piz Buin’ and ‘Semantics’, High Art Lite takes a different tilt to its predecessor by emphasising the immediate and the personal. The colours are blown-out and the brightness is cranked up. TVAM’s take on such things as role models, fictional movie character tropes, and fables of good and evil, are all tackled with the same suspicious cynicism but this time with an urgent belief in the human condition.

Clocking in at just under 40 minutes – the pop music sweet spot – High Art Lite treads a beguiling line between blissful harmonies, crunching noise pop and childlike innocence . The album is both visceral and melancholic, drifting wonderfully across dream pop, shoegaze and synth-pop without ever permanently calling one camp its home.