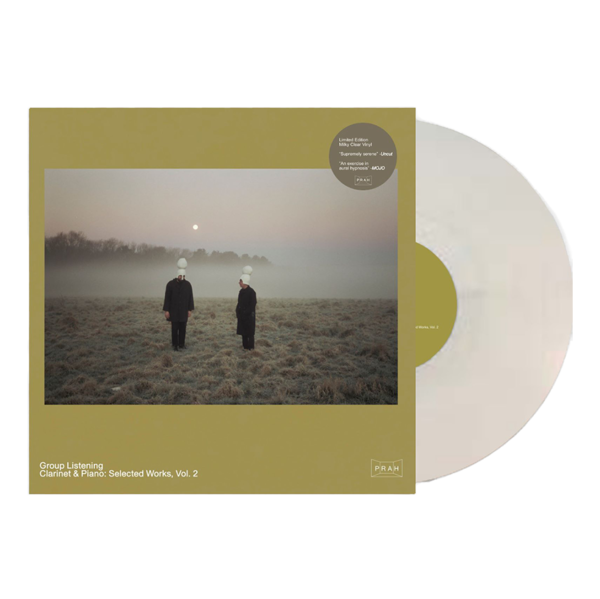 Group Listening’s brilliant first album, Clarinet & Piano: Selected Works,Vol.1, was a haunting, meditative and lovingly considered selection box of musical reworkings. It featured rearranged tracks by the likes of Arthur Russell, Brian Eno and Robert Wyatt. But it was also much more than that. In making this record of reimagined musical works, Stephen Black [Clarinet] and Paul Jones [Piano] were two musicians doing what all music fans do: comparing favourite tracks, turning each piece over for new meaning and developing a musical understanding of each other in the process. Fast forward a couple of years, a remix album of Vol.1, 12” What’s A Girl To Do?-featuring a re-work of the Fatima Yamaha club staple-an EP of re-arrangements with Cate Le Bon from her LP Reward, a remix of Lambchop’s This Is What I Wanted To Tell You and the pair started Clarinet & Piano: Selected Works Vol.2 from an altogether different vantage point.

Whereas their first record was put together over an intense three-day period in a hired-out studio, Vol. 2 saw the pair having to work around various pandemic lockdowns. This meant taking over Jones’ living room, where they gradually put its ten tracks together between September last year until March of this. They would record one or two songs over a couple of days then pause for the week, building and ruminating on ideas; it allowed the music take on a more ambitious nature – albeit within the chosen pairing of piano and clarinet – but also took in all the bits of chat, traffic noise and other creaks and squeaks of a home recording.

Taken as a whole, there’s a gorgeous ambience to the record but that shouldn’t be confused for Volume 2 being an ambient listen. The organic understanding that Black and Jones have of each other’s processes as musicians means that the music sounds incredibly fluid, but the overall tranquillity of the record is made up of dozens of small nuances. It’s a puzzle that’s been put together just below the surface as the duo react with a warm emotion to the songs they’ve chosen.

It’s in the way that Group Listening are able to prod, probe and contort the self-defined parameters that they’ve set themselves that makes Clarinet & Piano: Selected Works Vol.2 such an intriguing listen–and it’s the love and care they’ve taken over it that makes these versions entirely their own. 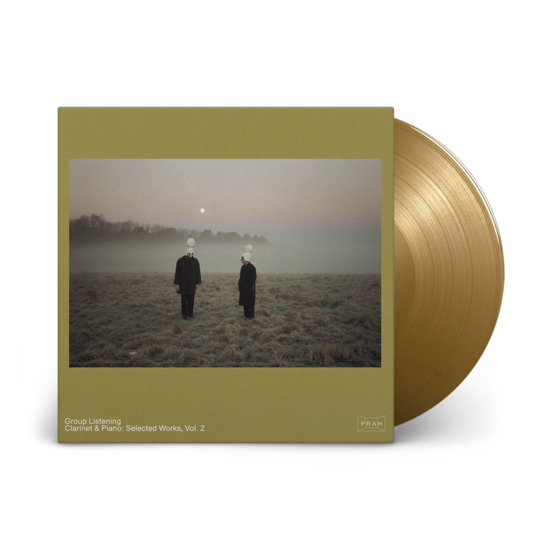