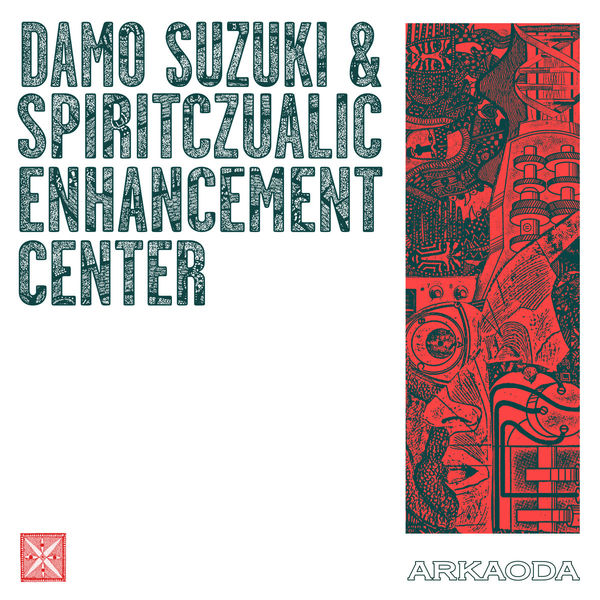 As a traveler-without-age, Damo Suzuki has been touring all over space-time. Presenting the light of “instant composing” to new generations, he refers to his makeshift collaborators as sound-carriers. Exactly fifty years after the release of the profoundly iconic Ege Bamyası, we can hear his voice on yet another fantastic album, as in “derived from fantasy.” Manifested from the meeting with Spiritczualic Enhancement Center -- an eight-piece group of self-proclaimed disciples from the CAN University have gathered at Arkaoda (Turkish for “backroom”). Named after the place in Berlin where it was recorded, this release freewheels down the Autobahn of Consciousness as it swerves along that ancestral road. A witness of this session was quoted calling it “unfiltered, freeform, de-programming music.” The LP’s three volatile tracks called U, Ra, Beya (Japanese for “backroom”) are unityenhancing non-boolean excerpts from this gathering at the beginning of 2020. Let your children hear this!

This new collaboration with the great legendary Can singer Damo Suzuki it's the cherry in the cake. An overwhelming spiral of magnetic eclectic and hypnotic sounds. An experimental free form piece of music with that kraut rock Can reminiscence and a Damo Suzuki that brings in mind the creative and moody vocal moments by the late legendary Suicide's Alan Vega. It’s clearly without a shadow of a doubt a musical vagabond a real classic album in his genre. In a few words: Impeccable. With a 20 mins experimental free fo rm piece of music, fuelled with tribal, atmospheric, eclectic, hypnotic and space magic, with that kraut rock Can reminiscence meet the electronic avant-garde of Suicide. The aforementioned 20 mins of spectral spellbinding sound titled 'U', comes by a Berl in, Germany, collective of 8 creative minds that comes under the name of Spiritczualic Enhancement Center. Their forthcoming album " Arkaoda " (Turkish for “backroom”), which is released April 29, 2022 via French experimental label Akuphone, sees for the first time the collaboration of a great kraut rock legend, a traveler-without-age, a man who has been touring all over space-time, Can's vocalist Damo Suzuki. This highly creative 3 tracks album, will overwhelm your inner self spiritual emotions. Damo Suzuki's haunting voice will bring you in mind the one of the late Suicide's Alan Vega. " Arkaoda " it's for certain an outstanding piece of art. Don't miss it! „ - DOMENICO CACCAMO - London Calling, Radio Rock, UK