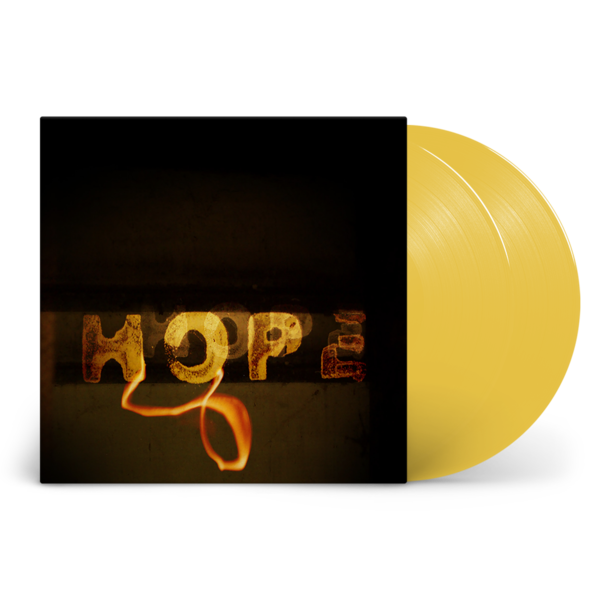 Hope was first released in partnership with The Daily Mirror in April 2003 as a response to the Iraq War, the artist community came together for War Child once more with some of the biggest names in music recording an album of exclusive tracks in just three weeks to raise vital funds to give hope to the children of Iraq.

George Michael contributed a beautiful cover of Don McLean’s ‘The Grave’ a song originally written in protest to the Vietnam War that has resonated with him as a 7-year-old and perfectly captured his sentiments about the Iraq crisis. Travis continued the anti-war theme with an acoustic version of ‘The Beautiful Occupation’ and Paul McCartney added to the project with an alternate rendition of ‘Calico Skies’ which contains a poignant verse about the futility of all wars. New Order added their take on Jimmy Cliff’s 1969 anti-war protest song ‘Vietnam’.

David Bowie donated the Metro Mix of ‘Everyone Says ‘Hi’’ exclusively for Hope and Basement Jaxx teamed up with Jamaican MC Yellowman for ‘Love Is The Answer’.

Beverly Knight delivered a powerful vocal performance of Stevie Wonder’s ‘Love’s In Need of Love Today’ whilst The Charlatans followed up their cover of ‘Time For Livin’ from the 1995 HELP album with Curtis Mayfield’s ‘We Gotta Have Peace’ and Beth Orton adds a sombre beauty to The Family Five’s ‘Ooh Child’.

The album is wrapped up by Yusuf / Cat Stevens who recorded his first pop song for 25 years with a new version of his 1971 hit ‘Peace Train’ with South African choir the Incwenga Singers.

The vinyl release of Hope features alternate artwork using the original concept designed by Nick Robertson that has never been used before.

Hope is part of a series of four re-releases by War Child Records making the amazing music artists have donated to the charity available on DSPs and vinyl for the first time. All proceeds from these releases will directly fund War Child’s life saving work with children affected by conflict.

When war broke out in Ukraine, War Child were quick to respond. Their teams are already on the ground working to understand the impact on children and supporting local volunteers and non-governmental organisations who operate in the border regions to Ukraine to get children vital aid and psychological care – fast. Here, millions of children and families are seeking refuge; arriving with little more than the clothes on their backs, and little access to food, water and shelter.

By purchasing these classic albums fans are supporting War Child to reach children and give them the vital protection, education and psychosocial support they require.